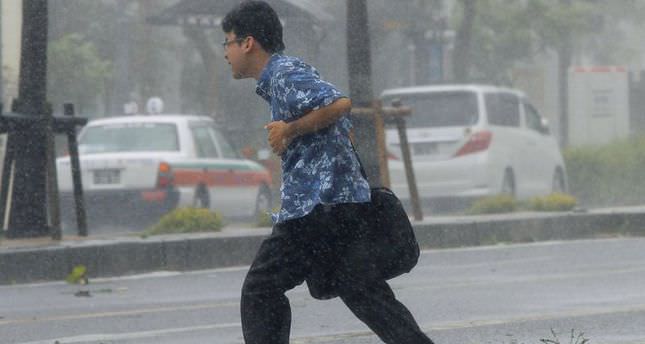 by Jul 08, 2014 12:00 am
A powerful typhoon forced Japanese authorities to cancel flights and urge more than 100,000 people to evacuate their homes on Tuesday as the storm threatened to bring torrential rain and high winds to Japan's southern islands.

Typhoon Neoguri weakened from its original status as a super typhoon but remained intense, with gusts of more than 250 km per hour (155 mph). It was powering towards the Okinawa island chain where emergency rain and high-seas warnings were in effect.

More than 100,000 people in the tropical island chain, some 1,600 km (1,000 miles) southwest of Tokyo, were urged to evacuate. Nearly 7,000 households lost power and an oil refinery halted operations.

There are no nuclear plants on Okinawa but there are two on Kyushu, Japan's westernmost main island, which lies in the area through which the typhoon is likely to pass after hitting Okinawa. There is another on Shikoku Island, which borders Kyushu and could also be affected.

All are shut down due to national policy. The Fukushima Daiichi nuclear plant, wrecked by the March 2011 tsunami and still struggling to contain leaks of radioactive water, is on the other side of the country, out of the path of the storm.

"This is an extraordinary situation, where a grave danger is approaching," an official at Japan's Meteorological Agency (JMA) told a news conference on Monday night.

Kadena Air Base, one of the largest U.S. military facilities on Okinawa and host to some 75 percent of U.S. forces in Japan, was on its highest level of storm alert and people were told to stay inside.

Around two to four typhoons make landfall in Japan each year but they are unusual in July.