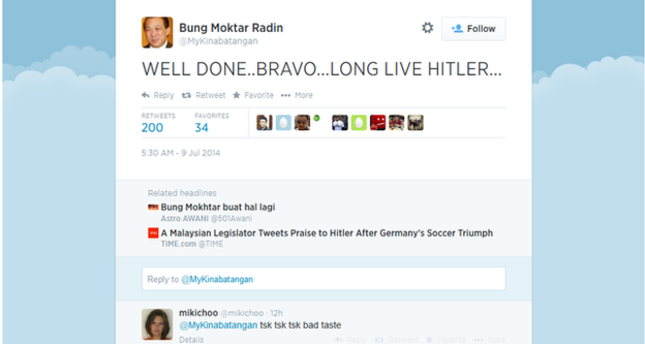 by Anadolu Agency Jul 09, 2014 12:00 am
A Malaysian Member of Parliament, Bung Mokhtar Radin, has refused to apologize for a tweet that paid tribute to Adolf Hitler following Germany's 7-1 win over Brazil in the World Cup semifinal, according to Time newspaper.

The German ambassador to Malaysia, Holger Michael, also weighed in. "We strongly reject the distasteful and unacceptable allusion to the fascist regime of Adolf Hitler".