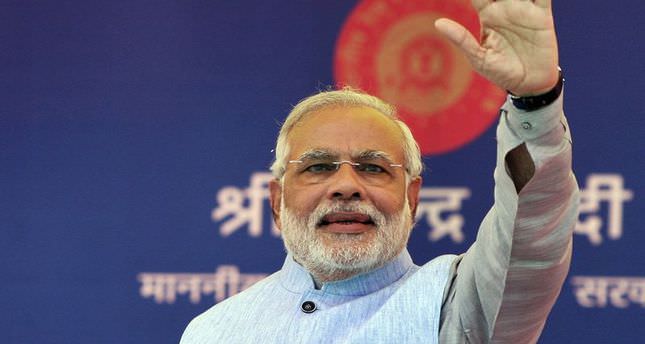 by French Press Agency - AFP
Jul 09, 2014 12:00 am
Indian Prime Minister Narendra Modi tightened his grip on the reins of power Wednesday after the appointment of his most trusted aide, Amit Shah, as president of the ruling Hindu nationalist party.

Shah, who has known Modi since the 1980s in his home state of Gujarat, is seen as a shrewd political organiser and tactician credited with delivering Modi's huge election victory in May.

He is also controversial, having been censured during the election for inflammatory comments after anti-Muslim riots and he faces murder and extortion charges dating back to his time as home minister in Gujarat.

"From today and with immediate effect, Amit Shah will take over as the BJP (Bharatiya Janata Party) president," outgoing president Rajnath Singh, who was named as home minister by Modi, told reporters.

Shah was chosen as BJP president by the party's central parliamentary board.

Modi, who campaigned on a platform of clean government and economic development, won the biggest mandate in 30 years in the April-May national elections.

Like Modi, the portly and bearded Shah rose through the ranks of the Rashtriya Swayamsevak Sangh, a grassroots organisation committed to defending India's Hindu culture.