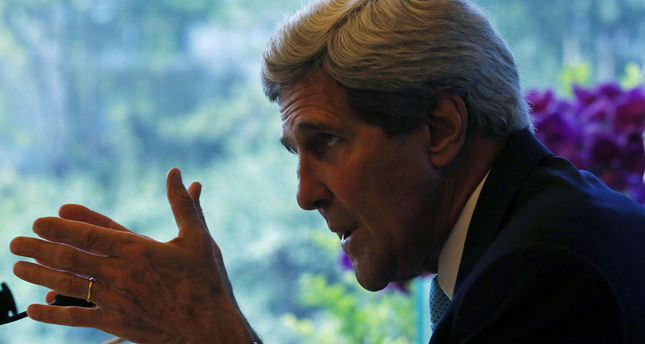 by Jul 10, 2014 12:00 am
U.S. Secretary of State John Kerry will arrive to a skeptical audience in Afghanistan this week to try to resolve a deepening crisis over a disputed presidential election which has stirred ethnic tensions in the fragile country.

Afghanistan has plunged into political chaos in recent months as a protracted election process to pick a successor to President Hamid Karzai has run into a deadlock between two leading candidates, Abdullah Abdullah and Ashraf Ghani.

Preliminary results from the June 14 second-round run-off put Ghani, a former World Bank official, in the lead with 56.4 percent of the vote, but Abdullah has rejected the count and his aides have threatened to set up an alternative administration.

Kerry is expected to arrive in the Afghan capital Kabul on Friday to try to mediate between the feuding camps, according to Abdullah, although U.S. officials have not confirmed the trip. Kerry is currently in neighboring China.

Ghani's camp, confident in its victory, is wary of Kerry's mediation efforts, while Abdullah, who has alleged widespread fraud in the vote, welcomes the initiative.

"I don't know what he can do," said Abbas Noyan, a spokesman for Ghani's camp. "Secretary Kerry will come and talk with both candidates and see what he can do. I don't think he has a road plan for this. Without a road map it is very difficult to solve this problem."

The United States, Afghanistan's biggest foreign donor, is in the process of withdrawing its forces from the country after 12 years of fighting Taliban insurgents, and it is unclear what leverage Kerry would have in resolving deep-seated rivalries.