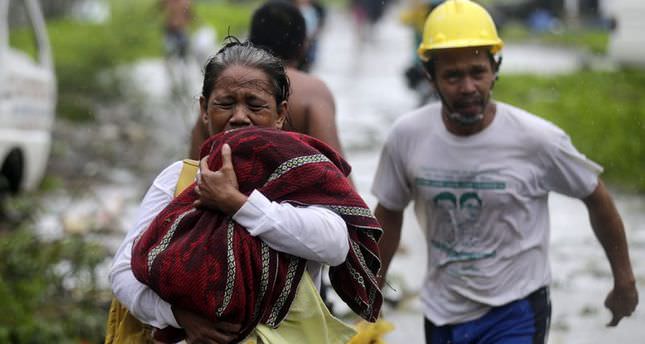 by AA Jul 16, 2014 12:00 am
Typhoon Rammasun - known as Glenda in the Philippines - barreled through southern Luzon island Wednesday, leaving ten people dead as it toppled electric poles and cut power in most of the capital.

The Department of Interior and Local Government reported that ten people had lost their lives, while Social Welfare Secretary Dinky Soliman said Wednesday that 132,000 families had taken shelter in evacuation centers across the country.

With social workers attending to the needs of more than 338,000 individuals, Soliman added that more than 300 homes had been either totally or partially damaged by Rammasun.

The Manila Electric Company said in a statement, "Around 90% of Meralco's franchise area is experiencing power outage brought about by downed poles, lines and outages of NGCP's [National Grid Corporation of the Philippines] transmission lines due to Typhoon Glenda."

Motorists drove slowly along Manila's streets as traffic lights were not functioning. With schools and most offices and shops closed, the streets were nearly empty as many areas of Manila and its suburbs were flooded by incessant rains.

The typhoon is forecasted to move Wednesday afternoon into the South China Sea, before tracking toward southern China, according to the National Weather Service.

The Philippines is visited by some 30 storms a year - many of them deadly. The Southeast Asian archipelago is often the first major landmass to be struck after storms build above the Pacific Ocean's warm waters.