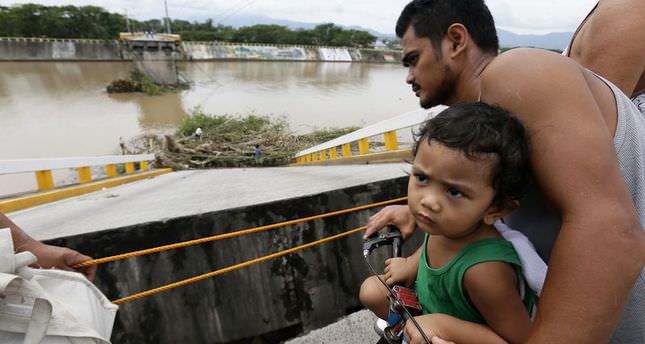 by AA Jul 17, 2014 12:00 am
The death toll from Typhoon Rammasun - known as Glenda in the Philippines-has risen to 38 after the storm barreled through southern Luzon.

Alexander Pama, executive director of the National Disaster Risk Reduction and Management Council, said that as of Thursday morning, 38 people had been killed and ten others wounded.

Of the 38 fatalities, 22 were from the heavily-hit CALABARZON region, three from Central Luzon, and two each from Metro Manila-home to the capital - and Eastern Visayas.

The strong winds and rains it had brought also damaged 19,257 houses, totally destroying over 7,000 others.

Pama said that over $1 million (P45 million) worth of infrastructure had been damaged, while Luzon's southernmost Bicol region reported over $15 million (P668,233,477) in losses in the agriculture sector.

As of Thursday morning, 15 roads and four bridges in different regions of the island group remained impassable.

All public storm warnings had been lowered early Thursday, but fishing boats and other small vessels were still advised not to venture out into the western seaboard of Visayas.