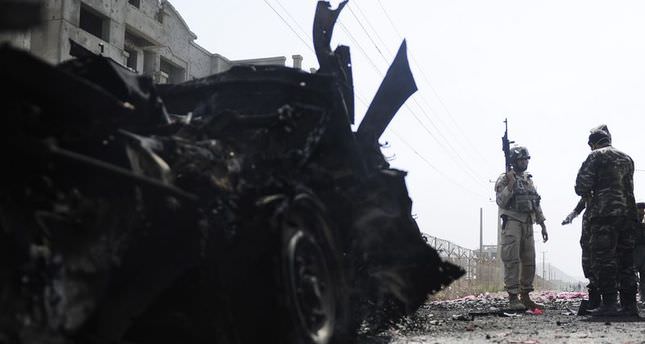 by AA Jul 21, 2014 12:00 am
At least 30 Taliban militants have been killed, and 15 others wounded in various regions of Afghanistan, the country's Defense Ministry said Monday.

According to the ministry, security forces in the eastern Khost province carried out operations against the Taliban that left 23 militants dead and 12 wounded.

Another seven Taliban militants were killed and three others wounded in the southern province of Helmand.

Meanwhile, the statement said that three Afghan soldiers had died during the operations, and a considerable amount of explosives and weapons had been confiscated.

The Taliban has not yet made any statements on the operations.