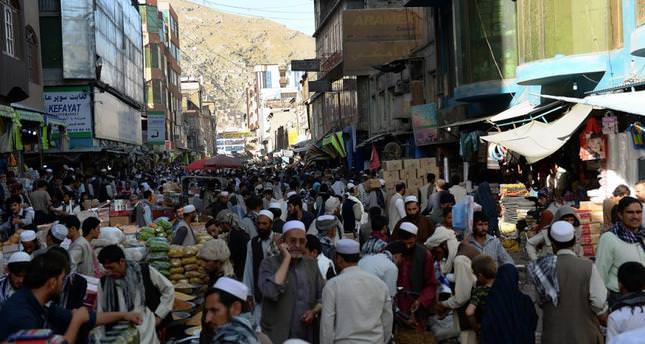 by AA Jul 25, 2014 12:00 am
A total of 14 passengers have been killed in the central Afghan province of Ghor as were on their way to the capital Kabul.

All members of the Shia community, 11 men and three women were taken down from a bus and executed around midnight on Thursday.

Eye witnesses have said that the attackers were wearing military uniforms and stopped two passenger buses near Badgah area of Firoz Koh on the Ghor-Kabul highway.

After looking through the identity documents of the passengers, an official said, Shia Muslims were all killed and the rest were allowed to continue their journey.

These executions constitute a rare occurrence of sectarian violence in war-ravaged Afghanistan. Such incidents, however, are more common in neighboring Pakistan where Shia pilgrims heading to Iran have been taken down from buses and killed in the western Baluchistan province.

Three years ago, more than 70 people were killed in twin blasts at a Shia gathering in Kabul and Mazar-e-Sharif , which was the first major attack on this community in Afghanistan in the recent years.

No group has claimed responsibility for the Ghor killing so far, though authorities point to Taliban militants.

Syed Anwar Rehamti, the provincial governor reported that the militants had earlier attacked a district in the province but failed to capture it. "With this vicious act, they want the people to feel their existence," Rehamti said.

Taliban, who are generally quick to claim responsibility for attacks on security forces, avoid doing so for incidents involving massive civilian casualties.

Ahmad Fahim Qaim, the provincial police chief has said that further investigations into the incident were underway.

In Afghanistan, despite being bogged in conflict for decades, organized sectarian violence has mostly remained absent in the multi-ethnic Afghan society, unlike in its neighbor Pakistan.

There has not been a proper census for more than 40 years, but it is estimated that around 20% of the population in Afghanistan is Shia - the rest are Sunni. Most Shias belong to the Tajik and Hazara ethnic minorities.

Hazaras, mostly present in central provinces like Bamiyan, were relentlessly persecuted by the Taliban during their rule from 1996 to 2001.