15 civilians killed by gunmen in Afghanistan 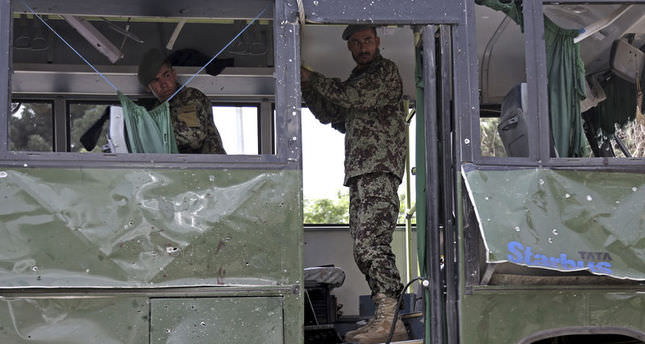 by Jul 25, 2014 12:00 am
Fifteen civilians travelling in a bus in western Afghanistan were killed by "anti-government gunmen," a provincial official said Friday.

They were stopped by the gunmen late Thursday on the way to Laal district, said Abdul Hai Khatibi, spokesman for the Ghor provincial governor.

"The gunmen dragged the passengers out of the bus and shot them in the heads and chests," Khatibi told dpa, adding that one man managed to escape in the dark.

He did not know if the driver was among those shot.

The Taliban, often blamed for such attacks on civilians, have not commented.

The security situation in Afghanistan has worsened as the Taliban militants continue their summer offensive.