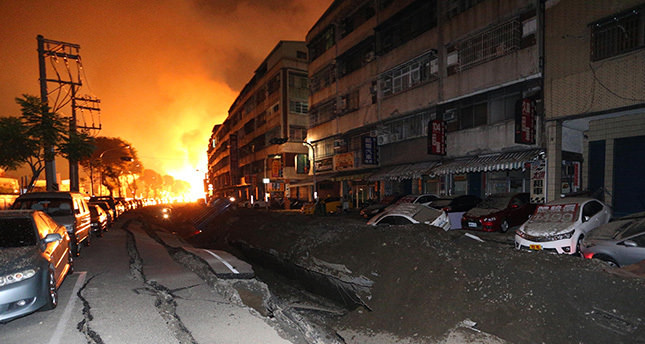 by Associated Press Jul 31, 2014 12:00 am
Taiwan's National Fire Agency says 15 people were killed and 228 were injured a series of gas leak explosions in a southwestern city.

The fire agency says five firefighters are among the dead. Taiwan's Premier Jiang Yi-huah says there were at least five explosions late Thursday night in Kaohsiung.