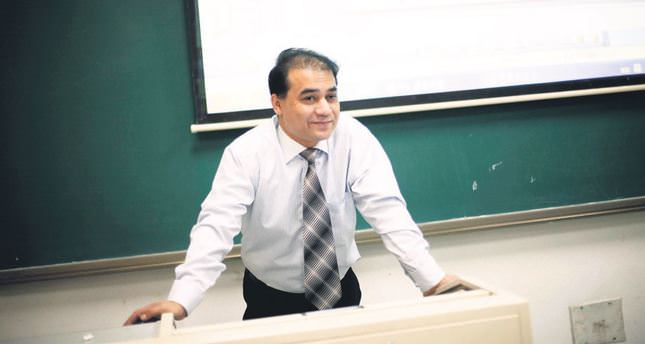 by Aug 02, 2014 12:00 am
A prominent ethnic Uighur professor from China's Xinjiang could be tried on separatism charges within weeks, his lawyer said, as a senior pro-government Islamic leader was reported killed in turmoil in the region. China on Wednesday formally indicted Ilham Tohti, an economist who has championed the rights of the Muslim Uighur community in the western region, which has been beleaguered by violence and ethnic tension.

The case has attracted high-level concern in the United States and European Union and is seen by rights groups as part of a crackdown on dissent in Xinjiang, where tension between Uighurs and majority Han Chinese has led to violence.

Beijing police detained Tohti in January and later took him to the Xinjiang capital Urumqi, where he was accused of promoting and supporting the region's independence from China. The Urumqi prosecutor said in a statement on Wednesday that Tohti's case had been turned over to a city court, which his lawyer said violated legal procedures.

Defense lawyer Li Fangping said prosecutors ignored written and verbal requests for court material and had not notified lawyers or family when the case was handed to the court. "They have not given us any formal response and they have not heard our legal defense opinions. They directly sent it to the Urumqi Intermediate Court. This is fundamentally a violation of law," Li told Reuters. "The prosecutors are neglecting the rights of legal defense," Li said. Li added that if the court moved quickly, the case could be heard some time in August and it was unclear if he would be allowed to attend.

Tohti has denied the separatism charges he faces, serious allegations that carry a maximum punishment of death. The Communist Party tightly controls courts and guilty verdicts in such cases are typically a foregone conclusion.

Tohti, who teaches at Beijing's Minzu University, which specializes in ethnic minority studies, has said he never associated with any terrorist organization or foreign-based group and has "relied only on pen and paper to diplomatically request" human rights and legal rights for Uighurs.
Tohti's supporters say he has challenged the government's version of several incidents involving Uighurs by pointing out inconsistencies. That includes what China says was its first major suicide attack, in Beijing's Tiananmen Square in October.

After the indictment was announced, U.S. State Department spokeswoman Marie Harf repeated concerns about the lack of transparency in Tohti's case and called on China to release him. China rejected the U.S. comments as "rude interference". The announcement on Tohti came as security forces flooded parts of southern Xinjiang, after the government said dozens of knifewielding attackers were shot dead this week.

The government has yet to give a toll or a full account of what happened in Shache County, 200 km from the old Silk Road city of Kashgar. Unrest appeared to have spread by Wednesday to Kashgar, with police pouring into the city and roads being closed. The violence in Turkestan took place at the end of the Islamic holy month of Ramadan, which officials had tried to get Muslims in Xinjiang to ignore, in an indication of what rights groups say is discrimination targeting the Uighurs.