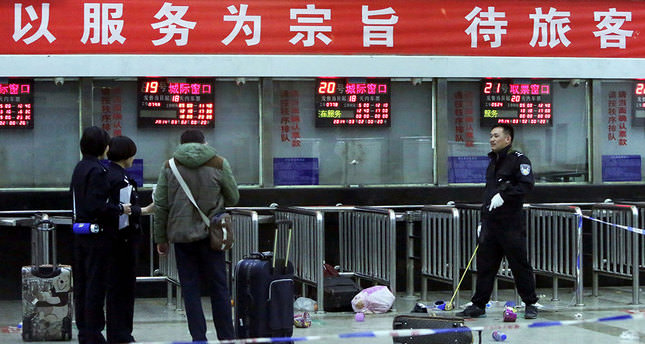 by Aug 03, 2014 12:00 am
Chinese state media said Sunday that 37 civilians and 59 attackers had been killed in an attack earlier in the week in Xinjiang, home to China's mainly Muslim Uighur minority.

The total toll announced by official Xinhua news agency makes the 28 July incident by far the bloodiest since rioting involving Uighurs and members of China's Han majority killed around 200 people in the regional capital Urumqi in 2009.

Xinhua reported that 35 of the dead civilians were Han Chinese while two were Uighurs.

Police had arrested 215 attackers armed with knives and axes while 13 civilians were also wounded in attacks on a police station and government offices, according to Xinhua.

It was the latest in a series of violent incidents over recent months in and connected with the vast resource-rich region, where rights groups accuse China's government of cultural and religious repression they say fuels unrest.

Beijing has blamed violent separatists from Xinjiang for a series of attacks which have grown in scale and sophistication over the last year and have spread outside the region.

Among the most shocking was a May assault on a market in Urumqi, where 39 people were killed, and a deadly rampage by knife-wielding assailants at a train station at Kunming in China's southwest in March, which left 29 dead.

The violence has also included a fiery crash at Tiananmen Square, Beijing's symbolic heart, in October, that killed two tourists and the three people in the vehicle, all from the same family.

On Friday, police in Xinjiang shot dead nine suspected terrorists and captured one, according to Xinhua. That came two days after Jume Tahir, the government-appointed head of the Id Kah mosque in Kashgar, the largest in China, was killed after leading morning prayers. Tahir was claimed to cooperate with the government and Chinese security forces.

He was killed the day after China's Muslims celebrated the Eid festival that marks the end of the fasting month of Ramadan.