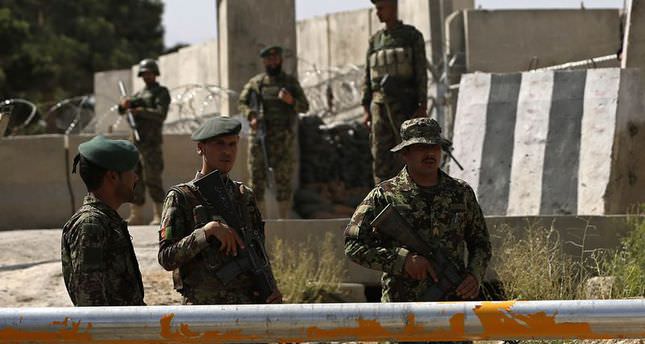 by Aug 05, 2014 12:00 am
An Afghan soldier on Tuesday opened fire at his Afghan and foreign colleagues at a military school to the west of Kabul, a security official confirmed.

"Our reports say that the incident happened in the Afghan National Defense Academy after some verbal disputes between the Afghan soldier and the foreign officers who were apparently his trainers," the official said on condition of anonymity.

"There were fatalities and injuries of both Afghan and foreigners," the source confirmed, failing to specify the number of deaths.

Afghanistan's defense ministry confirmed the incident, and failed to rule out that casualties had occurred.

"Around 12 pm (0730 GMT), a terrorist wearing the national army uniform opened fire at the academy staff and their foreign colleagues, and some people were injured," ministry spokesman Zahir Azimi said on Twitter.

He added that the attacker was killed by the Afghan soldiers.

The academy is located in Qargha area some 10 kilometers west of the capital, Kabul.

The NATO-led international military also confirmed the incident. "We can confirm that an incident occurred involving local Afghan and ISAF troops in Camp Qargha today in Kabul city," it said in a statement.