Japanese nuclear power plants may be delayed until 2015 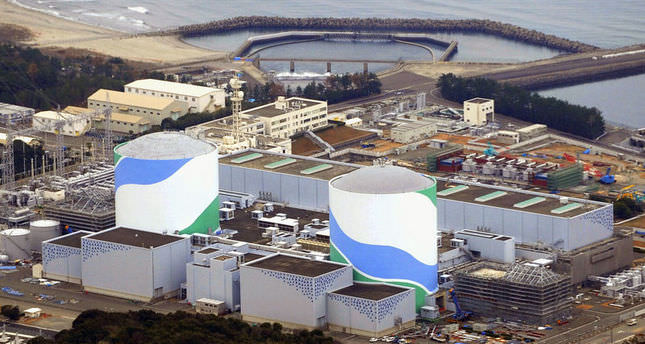 by Aug 06, 2014 12:00 am
The long-awaited restart of Japan's nuclear power plants is facing yet another setback and may be delayed until 2015, Japanese media said on Wednesday, piling pressure on struggling utilities to push for fresh price hikes.

Kyushu Electric Power's two-reactor Sendai plant, located about 1,000 km (600 miles) southwest of Tokyo, is likely to be the first nuclear plant to be allowed to restart under tough new safety regulations after the 2011 Fukushima crisis.

The Sendai plant cleared the Nuclear Regulation Authority's (NRA) initial safety hurdle last month, but the utility was supposed to hand in additional, detailed paperwork on specific safety features at the site and how they planned to construct them.

Japan's public broadcaster NHK and other media said that Kyushu Electric said documentation issues meant final deliberations on the restart would be pushed back by the regulator, delaying the restart until after winter.

A Kyushu Electric spokeswoman said that the company does not have a timeline for starting up the reactors and confirmed comments by an executive that submission of additional documents may be delayed until late September or even October.

"We have been saying that we cannot say when the (restart) will be," the spokesman said.

The utility has said that restarting the two Sendai reactors would cut its fossil fuel purchases by 200 billion yen over a year.

Even after final approval by the nuclear regulator, Japan has said it will defer any final decision on restarting reactors to the local prefecture and host community where the plants are based.

All 48 of Japan's nuclear reactors were gradually taken offline and remain idled after an earthquake and tsunami set off a nuclear crisis at the Fukushima Daiichi plant in March, 2011. Their shutdown has forced utilities to import record amounts of liquefied natural gas and coal to run power stations.

Japan's electric utilities have racked up more than $34 billion in losses in the three years since the disaster. Kyushu Electric, which reported a 41 billion yen ($400 million) quarterly loss last Thursday following three annual losses, has received a government bailout this year.

Struggling utilities have sought to shore up finances by raising electricity prices and a delay in restarting Kyushu's Sendai plant may force the utility to also seek price hikes.

Shares in Kyushu Electric were down 3 percent to 1,127 yen during morning trade, compared to the 0.8 percent slip in Tokyo's Nikkei benchmark index. (1 US dollar = 102.52 Japanese yen)