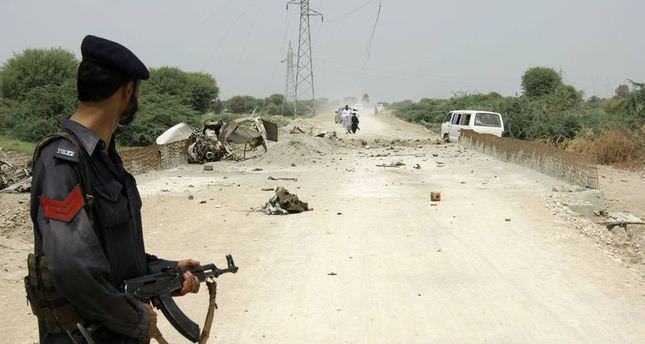 by Aug 06, 2014 12:00 am
A U.S. drone strike killed five militants in Pakistan's volatile northwest on Wednesday, security officials and residents said, as the country's security forces press ahead with an offensive in a Taliban stronghold near the Afghan border.

Two missiles slammed into a house in a village in the Datta Khel area in the border region of North Waziristan, security officials said, injuring two militants, besides the five dead.

The bodies of the five people killed were charred beyond recognition, one of the villagers told Reuters.

Drone strikes in Pakistan resumed in June after a gap of six months, during which the Pakistani government pursued peace talks with the Taliban. Pakistan announced an anti-Taliban offensive in North Waziristan within days of the resumption.

The United States had long urged Pakistan to crack down on the Taliban stronghold in remote, mountainous North Waziristan.

The Taliban use the region to prepare bombs, hold kidnap victims, stage public executions, and as a launch pad for attacks on Afghan and NATO troops across the border.

The military ordered the entire civilian population of North Waziristan to leave before launching the ground offensive but residents said most of the militants also moved out.

Many have probably gone into hiding in Afghanistan or elsewhere in Pakistan, including in thickly forested valleys further south.