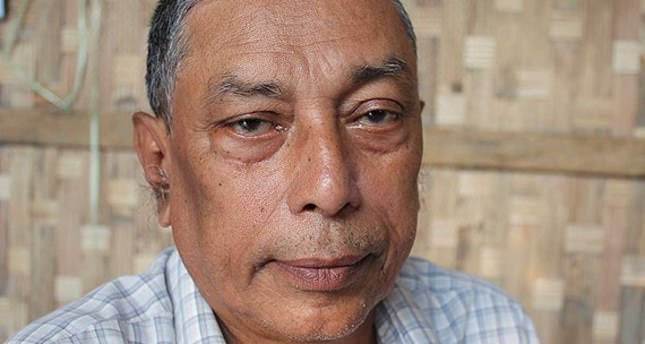 by Aug 07, 2014 12:00 am
A court in Myanmar has extended the detention of an elderly Rohingya Muslim human rights activist, drawing widespread condemnation from campaigners.

Kyaw Hla Aung, 74, was arrested last year on suspicion of organizing protests against a government scheme to register Rohingya people as Bengalis.

Myanmar's government maintains that the Muslim minority are illegal immigrants from Bangladesh, and has repeatedly objected to the use of the term Rohingya.

But the Rohingya point to evidence that their minority has lived in majority-Buddhist Myanmar for centuries.

Kyaw Hla Aung is one of dozens – potentially hundreds – of political prisoners behind bars in the country despite a pledge from President Thein Sein to release all such detainees by the end of last year, activists say.

Although hundreds have been released, there were still at least 65 political prisoners and 102 activists awaiting trial for political actions in Myanmar at the end of June, according to the Thailand-based rights group Assistance Association for Political Prisoners.

Thein Sein's pledge was part of a series of democratic reforms that have earned the former junta-ruled country widespread praise and led Western governments to lift sanctions.

Last week the U.N.'s special rapporteur on Myanmar, Yanghee Lee, met with Kyaw Hla Aung and other Muslim prisoners in Myanmar's western Rakhine state, but did not give details on the meetings.

At a press conference following the visit, she said she had received "continuing allegations of violations against the Muslim community, including arbitrary arrests, torture and ill-treatment in detention."

Lee has said that Kyaw Hla Aung and five other Rohingya activists are currently being detained on political grounds. He is being charged with six offenses under the colonial-era Penal Code including rioting, robbery and inciting unrest.

If convicted he faces a sentence of up to 20 years. He has already spent 13 months behind bars.

On Monday the court postponed proceedings until August 18, but because of Myanmar's notoriously opaque legal system it is unclear whether or not Kyaw Hla Aung will be sentenced on that date.

Anna Roberts of the rights group Burma Campaign U.K. told Anadolu Agency Wednesday that Kyaw Hla Aung was not involved in the demonstrations but "he tried to stop the protests from becoming violent."

"He was arrested and imprisoned because he is a prominent human rights advocate," said Roberts, who added that the activist is the victim of a "government plan to arrest and detain Muslim community leaders to stop them from talking to international observers and journalists."

In June 2012, deadly riots in Rakhine state displaced tens of thousands of the minority group, who are now confined under an apartheid-like system in squalid camps.

Up to 280 people, mostly Rohingya and other Muslims have died over the past two years in various waves of interreligious violence across Myanmar.