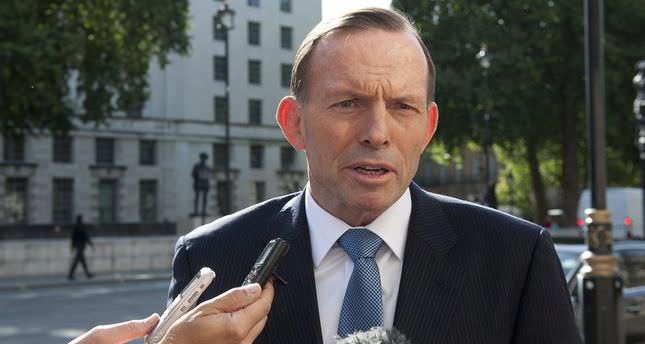 by Associated Press Aug 13, 2014 12:00 am
Australia's prime minister says he's holding open the possibility of sending a combat force to Iraq in addition to military transport aircraft to airlift humanitarian aid to refugees trapped by insurgents in northern mountains.

Prime Minister Tony Abbott told reporters in London after meeting with British officials on the Iraq crisis on Tuesday that his government wouldn't rule out taking military action in Iraq.

The suggestion that Australian combat troops could return to Iraq was widely attacked Wednesday by the government's political opponents.

But Defense Minister David Johnston played down the prospect of an Australian combat force, saying the military had only committed to sending two unarmed C-130 Hercules transport planes for humanitarian aid air drops to begin within two or three days.