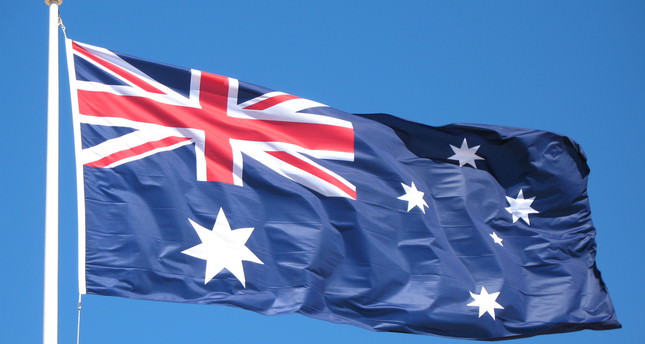 by Aug 17, 2014 12:00 am
Australia will offer to resettle some 4,400 people fleeing violence in Iraq and Syria, Immigration Minister Scott Morrison said Sunday, adding the places had been freed up by success in stopping asylum-seeker boats.

Boat arrivals have all but dried up since Australia said it would refuse resettlement to any refugees arriving on unauthorised vessels, sending them instead to Papua New Guinea and Nauru in the Pacific.
"The government's policies under Operation Sovereign Borders have not only saved lives at sea, but also allowed more places to be returned to our humanitarian programme for the world's most desperate and vulnerable people," he said.

The minister said a minimum of 2,200 places would be for Iraqis, including ethnic and religious minorities fleeing the violence in the north of the country.

"The government has also committed a minimum of 2,200 places for Syrians, including those now living in desperate conditions in countries such as Lebanon," he added.

Australia accepts 13,750 people into its humanitarian refugee programme each year, and Morrison said the government would ensure that 11,000 of these places would be for people overseas in need of resettlement.

"This government has made it very clear that priority in the humanitarian programme should be for those waiting overseas and entering Australia under an orderly process," he said.

Morrison said while the situation was improving in Myanmar, Australia would continue to support the resettlement of its refugees, "in particular those from the many Christian ethnic minorities currently living in Malaysia and Thailand, such as the Karen and Chin".
The Refugee Action Coalition criticised the government's announcement, saying the conservative administration had cut the overall refugee intake from 20,000 to 13,750 after taking office in September 2013.

"The number of refugees the coalition (government) says they will take from Iraq is paltry and hides the fact that the government has cut the refugee intake," said spokesman Ian Rintoul. "It is phoney generosity."

He said the announcement did nothing for the more than 100 Iraqi asylum-seekers in Papua New Guinea and Nauru.
Last Update: Aug 17, 2014 12:31 pm
RELATED TOPICS