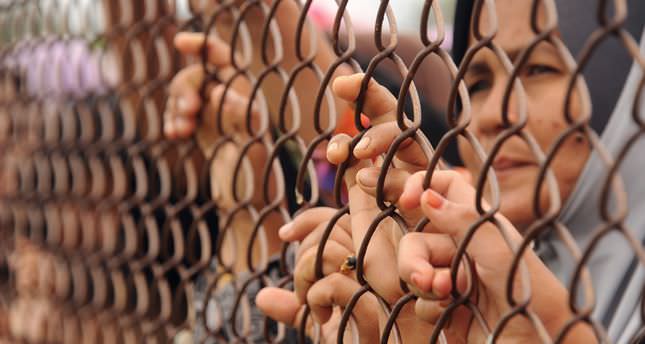 by AA
Aug 28, 2014 12:00 am
Thailand's south awoke to fresh violence Thursday morning, as the military government continues to plan peace talks with insurgents, which have been suspended for nine months.

Police lieutenant Pramote Chuichuey told the Anadolu Agency that a bomb exploded as a group of officers escorted teachers to a school in the Kokpo district of Pattani, killing a 28-year-old female and injuring another and a policeman.

"The bomb, contained in a gas tank, was buried on the side of the road," he said, adding that insurgents had detonated it remotely as the motorbike convoy passed.

Teachers are the frequent targets of insurgents in the south - whose population is majority ethnic Malay Muslim - as they are considered symbols of the Thai central State, against whom insurgents are fighting.

In one particular incident March 14, a female teacher was shot in Narathiwat while travelling to school on her motorbike. Her attackers then poured gasoline over her body and set it on fire.

According to Human Rights Watch, insurgents have killed at least 171 teachers and torched or detonated bombs at more than 300 government-run schools since January 2004, when insurgency-linked violence re-emerged after a lull.

The bitter conflict, rooted in historical distrust between Malay Muslims and Thai Buddhists, has killed over 6,000 people and injured around 10,800 since 2004. Although insurgents have never made their political goals clear, analysts says that some of them want a separation from the Thai State while others are asking for political autonomy.

Thursday's violence occurred as the military junta, which seized power May 22, makes plans to restart a peace dialogue with insurgents in the south.

The dialogue initially started in March 2013 by then Prime Minister Yingluck Shinawatra's civilian government, but was suspended last December as massive anti-government protests paralyzed the capital.

Since the May 22 coup, the junta has installed a series of reforms aimed at bringing together the two quarreling factions - Red Shirts (opponents of the military and bureaucratic establishment) and Yellow Shirts (ardent royalists opposed to the governments of Yingluck and elder brother former Prime Minister Thaksin Shinawatra) protesters - before new elections are held in October next year.

Although southern Thailand's armed-insurgent groups are still to formally respond to the junta's announcement of a new round of talks, analysts talking to the Anadolu Agency doubt the new dialogue's ability to bear fruit under present conditions.

"I am not optimistic. It is, of course encouraging, that the military talk about the perspective of peace through a dialogue, but it is not apparent yet what kind of concessions they are ready to make," Matthew Wheeler, an International Crisis Group (ICG) expert on the southern conflict, told AA.

The deep south - the provinces of Pattani, Yala and Narathiwat and part of Songkla province - was an independent sultanate until the 19th century and was only formally annexed by Buddhist-majority Siam (Thailand's previous name) under the terms of a 1909 Anglo Siamese agreement. Eighty percent of the population, however, remains Muslim, maintaining Malay as its first language.

The insurgents argued during the previous nine-month dialogue that with such a strong historical claim and the area's continuing Muslim identity, political autonomy should be a key element of any potential settlement.

But the junta has clearly indicated that any such movement would be considered an unacceptable violation of the "territorial integrity" of the country.

Rungrawee Chalermsripinyorat, an independent analyst who has been studying the southern issue for over ten years, underlined the importance of autonomy to the insurgents.

"Political autonomy is the main issue. Otherwise, there is nothing to talk about," she said.

"[But] the military and the establishment still maintain their focus on 'Thainess,' saying that unity must prevail. They are even reluctant to accept Malay as a working language in the south, let alone an official language."

To complicate matters, the insurgents are not a homogeneous movement, but a collection of different groups, sometimes subdivided into different factions.

The lead representative during the 2013 peace dialogue was a leader of the National Revolution Front (BRN) - which appears to exert a certain degree of control on armed operatives on the ground - however "some hardliners are not willing to join the talks," said Chalermsripinyorat.

BRN is one of several groups that emerged in the 1960s in reaction to attempts by the military dictatorship of the time to control Islamic schools. Another group of that period is the Patani United Liberation Organization (PULO), which was also involved in last year's peace talks. A third active group is the Barisan Islam Pembebasan Patani (BIPP), but it did not participate in the talks.

Further complicating matters is that some combatants have been moonlighting for criminals, explosions often closer associated to criminality than insurgency.

The junta's obsession with national unity is also leading to a rejection of any external involvement in efforts to find a peaceful solution.

Malaysia had been asked to act as a facilitator in the 2013 talks by the Thai civilian government, despite objections from the Thai military. Diplomats have also been waging a long campaign to stop the Organization of the Islamic Cooperation (OIC) - in which Thailand enjoys observer capacity - from speaking out on the issue.

"Basically, the military have been following the same method for the last ten years, coupling suppression and pacification. And this approach has not been successful," said Chalermsripinyorat.

"They cannot think out of the box. They have to learn from the experiences of other countries - such as Aceh, in Indonesia, or the southern Philippines - and see that autonomy is not [always] the first step to independence."

In Indonesia's northern Sumatra region of Aceh, a separatist armed Free Aceh Movement (GAM) settled for autonomy in 2005 after negotiations with Jakarta. In the southern Philippines, the Moro Islamic Liberation Front was granted in 2014 an autonomous zone by Manila after negotiations facilitated by Malaysia.