At least 230 wounded as police clash with protesters in Islamabad 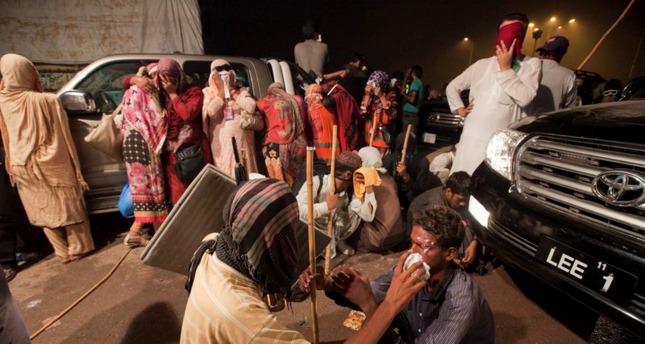 by Aug 31, 2014 12:00 am
At least 230 people were wounded in clashes between police and protesters in Pakistan's capital Islamabad, hospital officials said Sunday, as a fortnight-long political impasse took a violent turn.

Wasim Khawaja, spokesman for the Pakistan Institute of Medical Sciences hospital in Islamabad, told AFP that 164 injured people have been taken to his hospital, while the Poly Clinic hospital said it had received 70 wounded so far.

The protesters had been camped outside parliament house since August 15 demanding Prime Minister Nawaz Sharif quit, claiming the election which swept him to power last year was rigged.

The violence, which began late Saturday, started after around 25,000 people marched from parliament to the prime minister's house and attempted to remove barricades around it with cranes, an AFP reporter at the scene said.

The injured were rushed to Islamabad's two main hospitals, and the number of casualties is expected to rise as clashes continue.

"Condition of two of them was critical. There were more than 20 policemen among the injured," Khawaja added.
Last Update: Aug 31, 2014 10:00 am
RELATED TOPICS