Eight killed in landslides in China 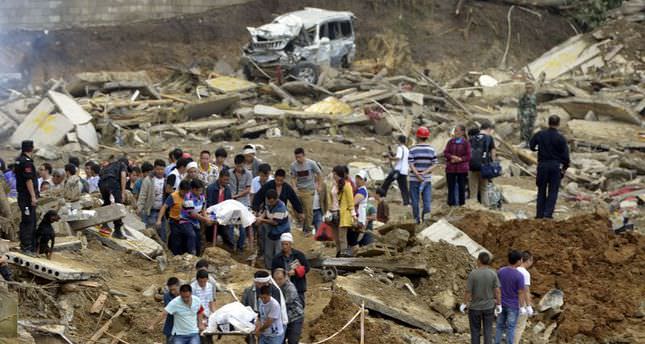 by AA Sep 02, 2014 12:00 am
At least eight people died and 24 others are missing after fierce storms brought land sliding onto a town in southwest China, according to China's official Xinhua News Agency.

Xinhua reported Tuesday that 7,000 residents were evacuated to safe locations after the landslide hit townships in Yunyang County in Chongqing Municipality.

Among the missing were 11 coalminers buried Monday by a landslide in Yunyang.