Rohingya refugees in Bangladesh to be repatriated to Myanmar 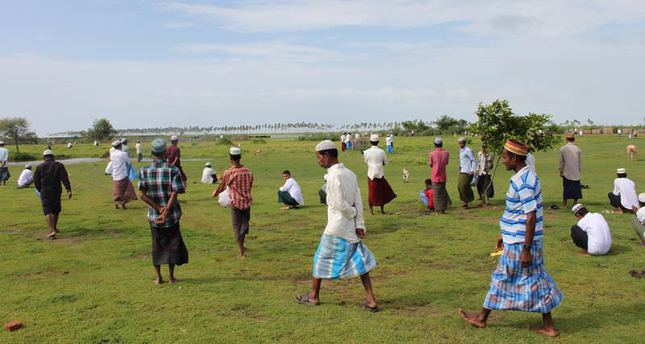 by AA Sep 02, 2014 12:00 am
An agreeement struck Sunday will allow the repatriation of 2,400 Rohingya refugees who have been living in Bangladesh to Myanmar, following bilateral talks between the two countries.

The high-level discussions resulted in Myanmar accepting the documented nationals who were "verified" in 2011 as having arrived in Bangladesh.

The refugees are Rohingya - a persecuted Muslim minority group, the families of many of whom have been living in Myanmar for generations - although Myanmar refers to them as "Bengali" - a name that enforces the spurious claim that they are illegal immigrants.

Rohingya - who mostly live in Myanmar's west - are denied citizenship in the country and often face ethnic violence, which has forced many to flee into neighboring Bangladesh.

In August, Myanmar General Win Naing Tun told media that "There are no Rohingya in Myanmar, but we do have a minority group coming from a neighboring country."

Bangladesh has been pressing Myanmar to take back all 32,000 refugees living in two United Nations-run refugee camps in the eastern coastal region Cox's Bazar.

Haque said that the agreement was a notable achievement in a meeting designed to build relations between the two sides.

A working group will be formed in two months to initiate the repatriation process.

The issue of Rohingya refugees in Bangladesh has remained the biggest bottleneck in establishing close relations between the two neighboring countries over the last three decades.

At least 200,000 Rohingya reportedly fled into Bangladesh in 1978 when the Myanmar army carried out an operation to defeat Rohingya rebels but which many claim was used to target the Rohingya population in general. Since then there have been several waves of Rohingya migration into Bangladesh in response to ethnic violence and government policies.

Outside of the Rohingya issue, the two ministers used the meeting to discuss closer relationships in several areas including trade and natural resource exploration.