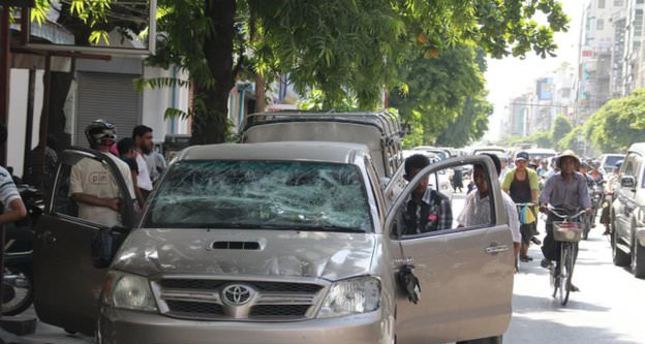 by Sep 11, 2014 12:00 am
Myanmar on Thursday lifted a curfew imposed in June 2012 when clashes between Buddhists and minority Muslims erupted throughout western Rakhine state, killing at least 192 people that year. Most victims of the violence were Muslim Rohingya, who lives under apartheid- like conditions. The United Nations says almost 140,000 Rohingya remain in camps after being driven from their homes by Buddhist mobs in 2012. Sectarian tension has simmered in Rakhine and aid agencies were forced to evacuate the state capital of Sittwe in March when Buddhists attacked their offices after accusing them of favouring Muslims. But state government spokesman Win Myaing said that tension had eased. "The curfew ... will be lifted effective today, as the security situation is improving," he told Reuters. Most aid agencies that pulled out of Sittwe in March have resumed at least limited operations, but the government has so far refused to allow the medical charity MÃ©decins Sans FrontiÃ¨res (MSF) to return. On Tuesday, MSF said it had signed a Memorandum of Understanding with Myanmar's central government which established "a framework for our medical activities" in five regions, including Rakhine.