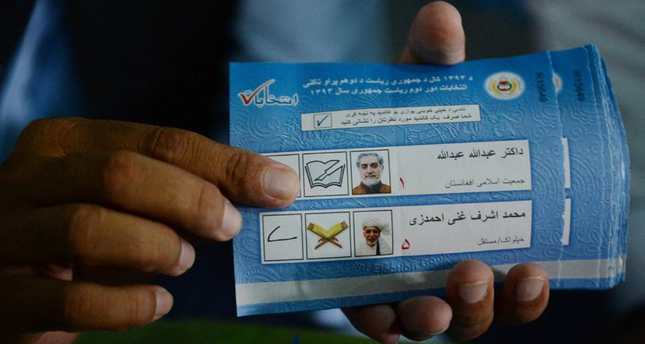 by Sep 15, 2014 12:00 am
Afghanistan's disputed presidential election inched towards a possible conclusion on Monday with a senior government official hailing a "breakthrough" in negotiations between the two candidates, who both claim to have won the vote.

"This is a breakthrough, there has been progress luckily," Aimal Faizi, spokesman for outgoing President Hamid Karzai, told AFP.

"Soon they will put all these points in a document that will be signed in the presence of the president and other prominent Afghan figures."