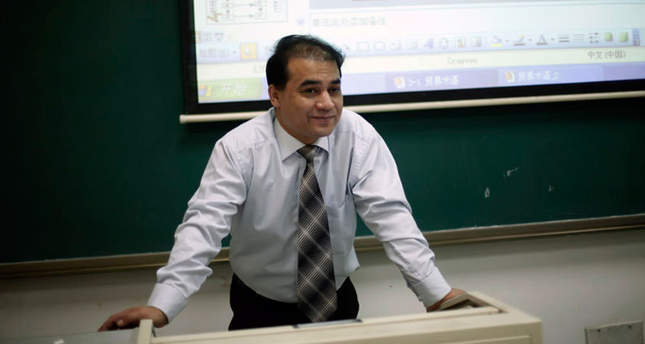 by Sep 23, 2014 12:00 am
A court in China's restive Xinjiang region sentenced a prominent ethnic Uighur scholar to life in prison on Tuesday after convicting him of inciting separatism, his lawyer Liu Fangping told DPA.

The sentence came after international calls for the release of the scholar, Ilham Tohti.

Police arrested Tohti, 44, at his Beijing apartment in January, and put him in custody in his home region of Xinjiang, about 2,000kilometres west of the capital.

His lawyers appealed without success for judicial authorities to have his case moved to Beijing.

Tohti's US-based daughter, Jewher Ilham, insisted her father was innocent, saying he was imprisoned "because he stood up and spoke out for his people."

Western governments and international human rights groups have criticized China's decision to prosecute him, arguing that he is a moderate who promotes better relations between Uighurs and Chinese authorities.

The European Union condemned Tohti's life sentence with a statement on Tuesday.

"By severely punishing prominent Uighur scholar Ilham Tohti, Beijing is sending the wrong message to the Uighur people that China will not change its heavy-handed, repressive policies in East Turkestan (Xinjiang) and will not listen to Uighurs' legitimate grievances, even from a peaceful and concerned Uighur scholar," Alim Seytoff, president of the Uighur American Association, said in a statement before Tohti's trial.

"This shameful judgement has no basis in reality. Ilham Tohti worked to peacefully build bridges between ethnic communities and for that he has been punished through politically motivated charges," said William Nee, China Researcher at Amnesty International.

"Tohti is a prisoner of conscience and the Chinese authorities must immediately and unconditionally release him."

Tohti is an economics professor at the Central Nationalities University in Beijing. Six of his students, who were also arrested in January, are believed to be still in custody, according to his lawyers.

His views were all "transparent and open" and did not encourage separatism or terrorism, Li said earlier.

Reports in state media had alleged that Tohti had contact with a terrorist group.

Shortly before his arrest, Tohti had accused the ruling Communist Party of "violating the culture and customs of an ethnic minority group" through its controls on Uighurs' religious practice, US-based Radio Free Asia said.

The mainly Muslim Uighurs make up about 9 million of Xinjiang's 22 million people.