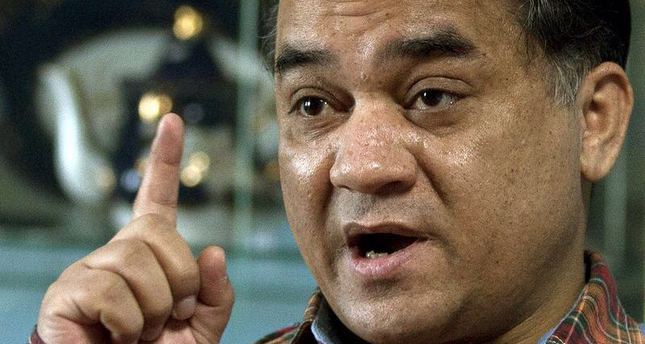 by AA Sep 24, 2014 12:00 am
The recent sentencing of a Uighur professor in China to life imprisonment is retribution for his efforts to promote human rights in the country, U.S. Secretary of State John Kerry Tuesday.

Ilham Tohti, 45, a prominent economics lecturer at a Beijing university, was arrested in January and accused of promoting the separation of Xinjang-China's most westerly province-from the People's Republic. Tohti's lawyer used his Twitter account to say his client had been sentenced to life imprisonment after being found guilty of "separatist activities."

"This harsh sentence appears to be retribution for professor Tohti's peaceful efforts to promote human rights for China's ethnic Uighur citizens," Kerry said in a statement. "Peaceful dissent is not a crime."

Tohti's trial, which took place in Urumqi Intermediate People's Court in the capital of the Xinjiang Uighur Autonomous Region, was closed to the public and media.

Xinjiang is home to a number of ethnic groups including the Uighur, a Turkic-speaking minority who make up 45 percent of the region's population.

"Ilham Tohti is known to the world for his many years working to foster mutual understanding, tolerance, and dialogue to peacefully promote harmony and unity between Uighurs and Han Chinese," he said. "Differentiating between peaceful dissent and violent extremism is vital to any effective efforts to counter terrorism."

Tohti has denied all charges since the first day of the court's proceedings.
Last Update: Sep 24, 2014 11:06 am
RELATED TOPICS