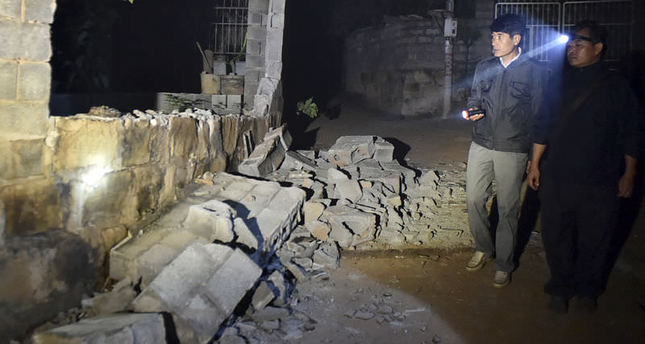 Heavy losses and casualties were feared Wednesday after a strong earthquake in the south-western Chinese province of Yunnan.

The quake was centred in a remote mountainous area, where much damage was expected to ordinary homes. Rescue teams were trying to reach affected areas.

The China Earthquake Administration said the quake registered a magnitude of 6.6, at a depth of 10 kilometres.

Reports said there was at least one person confirmed dead, and about three dozen injured.