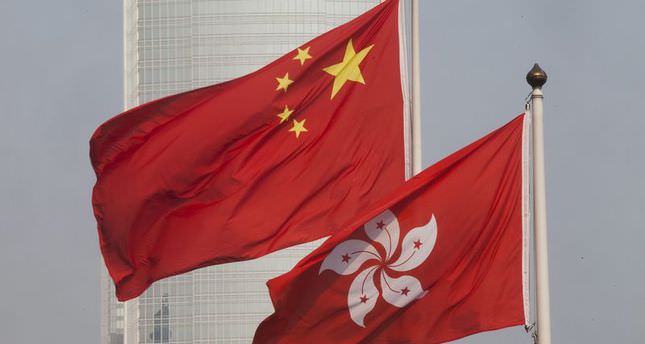 by reuters
Oct 16, 2014 12:00 am
Chinese Communist Party censors have blocked the website of Britain's national broadcaster, the BBC said in a statement, as tensions rise in Hong Kong between pro-democracy protesters and police.

The broadcaster said that the move seemed to be "deliberate censorship". It did not say what may have prompted the move by Beijing, which also blocks the websites of the New York Times, newswire Bloomberg and the BBC's Chinese-language website.

"The BBC strongly condemns any attempts to restrict free access to news and information and we are protesting to the Chinese authorities. This appears to be deliberate censorship," said Peter Horrocks, director of the BBC World Service Group.

The BBC's English-language website was still inaccessible in China on Thursday.

Asked whether the site had been blocked, Hong Lei, a spokesman for China's Foreign Ministry, said that China enjoyed "full internet freedom".

"At the same time, the Chinese government manages the internet in accordance with the law," he added.

In Hong Kong, police used pepper spray early on Thursday to stop pro-democracy protesters from blocking a major road near the office of the city's embattled leader amid public anger over the police beating a protester a day earlier.

But Beijing, which has branded the protests illegal, says only candidates screened by a nominating committee will be able to contest a full city-wide vote to choose the next chief executive in 2017. It is fearful that calls for democracy could spread to the mainland.

A Chinese official told foreign media in Hong Kong on Wednesday that China had seen interference in the city's pro-democracy protests from outside forces and called on international journalists to report "objectively".

Earlier this month a Chinese court issued new rulings clamping down on what "netizens" can say and do online, a reflection of Beijing's desire to influence popular opinion, both online and offline.

This is not the first time the BBC has been blocked in China. In 2010, the broadcaster's website was blocked for several days, coinciding with the Nobel Peace Prize award ceremony for Chinese dissident Liu Xiaobo.

According to China-based anti-censorship group Greatfire.org the BBC's English-language website has been partially blocked in the last 90 days. It was only fully blocked on Wednesday.

"The BBC provides impartial, trusted news to millions of people around the world, and attempts to censor our news services show just how important it is to get our accurate information to them," added Horrocks.