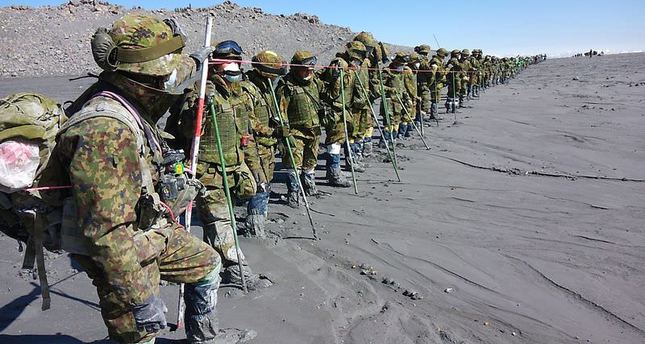 by Oct 24, 2014 12:00 am
Japan warned on Friday that a volcano in southern Japan located roughly 64 km (40 miles) from a nuclear plant was showing signs of increased activity that could possibly lead to a small-scale eruption and warned people to stay away from the summit.

Ioyama, a mountain on the southwestern island of Kyushu, has been shaken by small tremors and other signs of rising volcanic activity recently, including a tremor lasting as long as seven minutes, an official at the Japan Meteorological Agency's volcano division said.

"There is an increase in activity that under certain circumstances could even lead to a small scale eruption, but it is not in danger of an imminent, major eruption," the official said.

The warning level on the mountain has been raised from the lowest possible level, normal, to the second lowest, which means that the area around the crater is dangerous, he added.

Ioyama lies in the volcanically active Kirishima mountain range and is roughly 64 km from the Sendai nuclear plant run by Kyushu Electric Power Co, which the Japanese government wants to restart even though the public remains opposed to nuclear power following the Fukushima crisis.

Critics point out that the Sendai plant is located about 50 kms (31 miles) from Mount Sakurajima, an active volcano that erupts frequently. Five giant calderas, crater-like depressions formed by past eruptions, are also in the region, the closest one 40 kms (25 miles) away.

The plant still needs to pass operational safety checks as well as gain the approval of local authorities and may not restart till next year.

Before giving its initial greenlight to restart the plant in July, the Nuclear Regulation Authority (NRA) said the chance of major volcanic activity during the lifespan of the Sendai nuclear plant was negligible.

On Friday, the warning level for the Sakurajima volcano, which erupts frequently, was at 3, which means that people should not approach the peak.

Japan lies on the "Ring of Fire" - a horseshoe-shaped band of fault lines and volcanoes around the edges of the Pacific Ocean - and is home to more than 100 active volcanoes.

Experts warn that the mammoth 9.0 March 2011 quake may have increased the risk of volcanic activity throughout Japan, including that of iconic Mount Fuji.