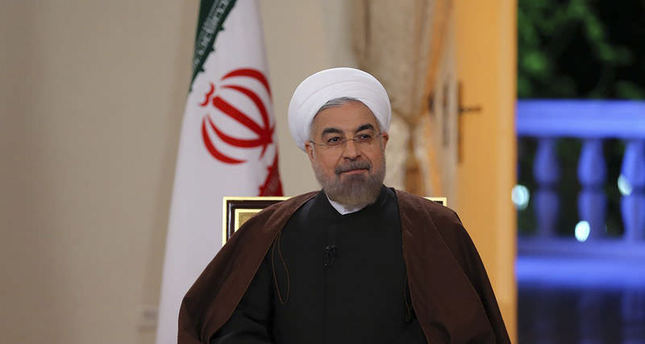 by Daily Sabah with AA Oct 24, 2014 12:00 am
Iranian authorities are to seek out and arrest the perpetrators of acid attacks on a woman in Isfahan, the government said in a statement on its website on Friday.

President Hassan Rouhani has instructed three ministries, Interior, Intelligence and Justice, to launch the investigation into the attacks on several Iranian women.

The president described the crime as a "most important social issue", the statement said.

There have been attempts to link recent acid attacks on Iranian women with the country's existing law on the hijab -- this is an "intrigue of the foreign powers," Iran's police chief, Ismael Ahmadi Moghaddam, said on Wednesday.

Thousands of Iranians gathered in Isfahan on Thursday to protest the attacks.

The number of women fatally attacked with acid this year rose to six with these cases, Iranian officials said. The family of one of the victims claimed that two attackers threw acid into the women's faces because they were not dressed properly and had not covered their heads sufficiently for Muslim women.

Acid attacks on women are common in Bangladesh -- which even had to introduce death penalty to curb such crimes -- India and Pakistan, though many cases were also reported from various points around the globe.