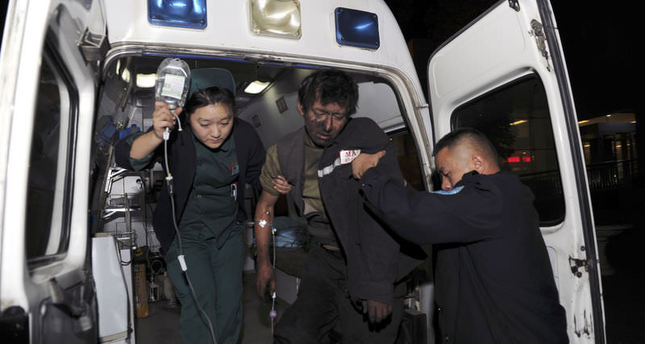 by Oct 25, 2014 12:00 am
Sixteen workers were killed after a coal mine collapsed in China's far western region of Xinjiang, the official Xinhua news agency reported on Saturday, highlighting the poor safety standards in the world's biggest coal producing country.

The accident occurred in the regional capital of Urumqi on Friday night when 33 workers were underground, the report said citing local officials.

Eleven workers were injured and six escaped, it added.

The report did not identify the name of the coal mine and said the cause of the accident is being investigated.

China's mines are the deadliest in the world because of lax enforcement of safety standards and a rush to feed demand from a robust economy. Twenty two workers were killed in a coal mine accident in southwestern China in June.

In an effort to eliminate outdated capacity and improve work safety, China plans to shut down over 2,000 small-scale coal mines by 2015.