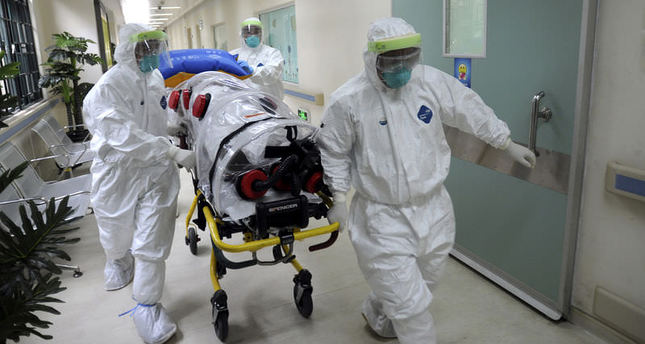 While returning healthcare workers diagnosed with Ebola in the U.S. have been treated in excellent health facilities, many African and Asian countries with poor health systems fear an outbreak would be difficult to contain

More than 10,000 people have been infected with Ebola, and nearly half of them have died, according to the World Health Organization (WHO). The Ebola epidemic in West Africa is the largest ever outbreak of the disease with a rapidly rising death toll in Guinea, Liberia and Sierra Leone.

Yet, on another continent, in the United States, Ebola patients have been treated in excellent health facilities, as the U.S. is among the top countries that have taken stricter health measures and rules against Ebola. An American nurse named Kaci Hickox was treated after being put in mandatory 21-day quarantine. Following Ebola cases in Dallas, Texas, a physician working for the charity Doctors without Borders who treated patients in Guinea, one of the three West African nations experiencing an Ebola epidemic, tested positive for the disease last Friday. The case becomes the first diagnosed case in New York and the fourth in the country. The arrival of the virus in the U.S. has prompted fear and how to prevent the spread of Ebola has become a significant issue in a densely populated city with 8.4 million people.

Apart from the U.S., people in Asia, where billions live in poverty and public health systems are often very weak, are under greater risk from the Ebola virus. Even though developed countries like Singapore, Malaysia, South Korea and Japan can take extended measures to fight against the virus, countries like India, China, the Philippines and Indonesia have vast numbers of poor who might be greatly affected by a possible outbreak. "This is a non-treatable disease with a very high mortality rate. And even a country like the U.S. has not been able to completely prevent it," said Yatin Mehta, a critical care specialist at the Medanta Medicity hospital near New Delhi, AP news agency reported. "The government is trying. They are preparing, and they are training, but our record of disaster management has been very poor in the past," she noted.

Meanwhile, the U.S. Ambassador to the United Nations, Samantha Power, arrived in Guinea's capital Conakry on Sunday on a mission to analyze how the global response is failing to stop the deadly spread of Ebola in West Africa. "Hopefully, the more specific we can be in terms of what the requirements are and what other countries could usefully do, the more resources we can attract," she told Reuters news agency. "I will take what I know and I learn and obviously provide it to President Obama, who's got world leaders now on speed dial on this issue," she added.