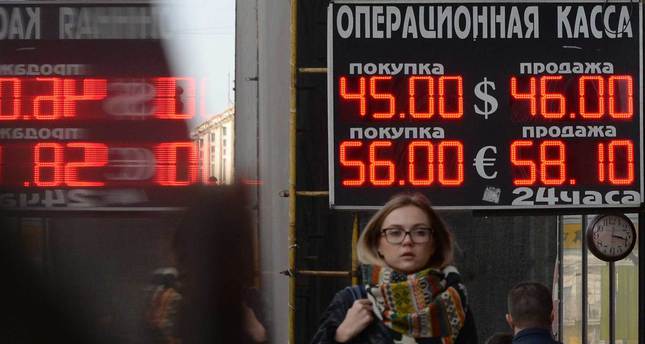 Turkey once again proved its geopolitical importance in the region with Russian President Vladimir Putin's latest visit to the country. During the visit, Russia and Turkey took the first steps toward building closer ties via new energy deals. An agreement was reached on building a new pipeline that will transit through Turkey and supply customers from both eastern and southern Europe and construction of the South Stream was stopped.

Speaking to Daily Sabah, John Lough, who is an associate fellow of the Russia and Eurasia program at Chatham House, said Russia could not risk losing Turkey since it is already drifting apart from Europe. Lough said: "The relationship with Turkey is being expanded at a time when Russia is trying to use every opportunity to avoid a further loss of influence in Europe. Putin has suffered a defeat over South Stream, and this means that Russia will have to continue supplying gas to Europe through Ukraine. This in turn means European countries will have a stake in maintaining stability in Ukraine since Europe's energy security will continue to depend on it." Putin made an important announcement concerning the South Stream project during his visit. He said, "We feel Russia cannot continue implementing this project under the existing circumstances." Western sanctions and Europe's unwillingness toward the project has already made it a burden for Russia.

"South Stream has been designed as a geopolitical rather than economic project as Russian energy experts have admitted. It does not really bring new gas supplies to Europe. It would have increased the political pressure on Ukraine. Given Russia's increasing economic and financial problems with Western sanctions and in particular falling oil prices, Russia will face increasing difficulties to finance these geopolitical projects," Dr. Umbach said.

Dr. Umbach added that even though the developments are in Turkey's favor, the country doesn't want to be too dependent on Russia and searching for alternatives in the region. "Despite portraying Turkey as a winner in this game, it itself does not want to become too dependent on Russia and seeks rather to expand TANAP-TAP for both commercial and geopolitical reasons and has recently intensified new negotiations with Turkmenistan and Azerbaijan in regard to the Trans Caspian pipeline," he said.

Meanwhile, the U.S. Secretary of State John Kerry said on Tuesday "Western sanctions on Russia have not prevented its support for pro-Russian separatists to date, but they have damaged its economy. The ruble is at the lowest level in history, I believe, measured against the euro since its introduction in 1991 or so, and clearly the economy is feeling the impact of these sanctions." "We do not want to be in this situation where the only choice available, other than violence, engaging in combat, in order to change illegal international behavior is to inflict a broad-based sanction on any country, on any people", he added.

NATO accuses Moscow of providing pro-Russian rebels in eastern Ukraine with tanks, advanced air defense systems and other heavy weapons – allegations that Russia denies. The Alliance also said pro-Russian separatists had repeatedly violated the cease-fire agreement signed in September in the Belarusian capital of Minsk. Russia has the opportunity to make a different choice, according to Kerry. European Union officials agreed Friday last week to slap sanctions on 13 more Ukrainian pro-Russian separatist individuals and five organizations, bringing the number of people sanctioned to 132 and the number of entities under EU asset-freeze to 28. However, as the EU has stepped up action against pro-Russian separatists, it remains divided over imposing more economic sanctions on Moscow, which is the 28-nation bloc's main energy-supplier.