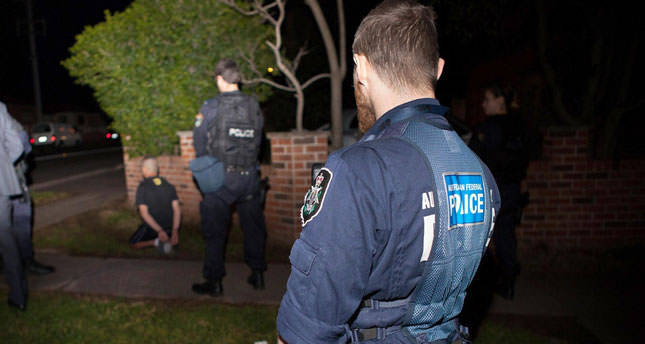 by Daily Sabah Dec 05, 2014 12:00 am
It is estimated that more than 100 Australian citizens are fighting in Syria and Iraq for the Islamic State of Iraq and al-Sham (ISIS), while the government strongly supports battling ISIS through actively joining the U.S.-led anti-ISIS coalition. Aside from sending elite troops to Iraq to train Iraqi forces and helping the coalition militarily, Australia has tightened its security measures to prevent its citizens from joining ISIS and returning home after fighting for the group.

Under new laws, anyone who goes to designated areas will face up to 10 years in jail. "Under the provisions of our foreign fighters legislation, I have today declared al-Raqqa province an area where a listed terrorist organization is engaging in hostile activity," Foreign Minister Julie Bishop told parliament. "This now makes it an offence under Australian law to enter or remain in the province of al-Raqqa without a legitimate reason. Anyone who enters or remains, faces a penalty of up to 10 years' imprisonment," she added. Bishop said she had cancelled 75 passports so far, and refused to issue 10 passports to prevent people travelling to conflict zones. Prime Minister Tony Abbott has previously stated that around 100 Australians are fighting for ISIS, while 20 others have returned to the country. In September, Australia raised its terror threat level and carried out extensive raids in Sydney and Brisbane. In addition, Australia's intelligence agencies have been given enhanced powers.