Indonesia: Missing AirAsia plane may be at ‘bottom of sea’ 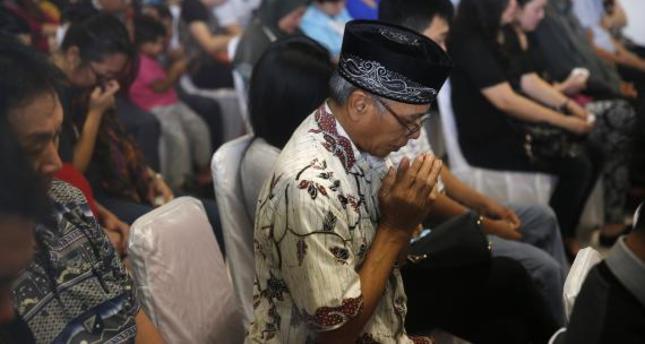 A missing AirAsia jet carrying 162 people could be at the bottom of the sea after it was presumed to have crashed off the Indonesian coast, an official said on Monday, as countries around Asia sent ships and planes to help in the search effort. The Indonesia AirAsia plane, an Airbus A320-200, disappeared after its pilot failed to get permission to fly higher to avoid bad weather during a flight from the Indonesian city of Surabaya to Singapore on Sunday.

Flight QZ8501 did not issue a distress signal and disappeared over the Java Sea five minutes after requesting the change of course, which was refused because of heavy air traffic, officials said. "Based on our coordinates, we expect it is in the sea, so for now (we think) it is on the sea floor," Soelistyo, head of Indonesia's search and rescue agency, told reporters when asked about the missing plane's likely location.

A senior Indonesian civil aviation source told Reuters that authorities had the flight's radar data and were waiting for search and rescue teams to find debris before they started their investigation into the cause. Air force spokesman Hadi Tjahjanto said searchers were checking a report of an oil slick off the east coast of Belitung island, near where the plane lost contact. He also said searchers had picked up an emergency locator signal off the south of Borneo Island but had been unable to pinpoint it.

On board Flight QZ8501 were 155 Indonesians, three South Koreans, and one person each from Singapore, Malaysia and Britain. The co-pilot was French. The disappearance caps a disastrous year for Malaysia-affiliated airlines, with Indonesia AirAsia 49 percent owned by Malaysia-based budget carrier AirAsia. Malaysia Airlines Flight MH370 went missing on March 8 on a trip from Kuala Lumpur to Beijing with 239 passengers and crew and has not been found. On July 17, the same airline's Flight MH17 was shot down over Ukraine, killing all 298 people on board. The AirAsia group, including affiliates in Thailand, the Philippines and India, had not suffered a crash since its Malaysian budget operations began in 2002. The group's shares in Kuala Lumpur were down 8 percent at 0813 GMT.

Tjahjanto said two C-130 Hercules planes were focusing the search for Flight QZ8501 in areas northeast of Indonesia's Bangka island, about halfway between Surabaya and Singapore, in the Java Sea. Australia, Malaysia, Singapore and South Korea sent ships and aircraft to join the search, a foreign ministry official said. China also offered to send planes and ships and any other assistance Indonesia needed. Soelistyo said Indonesia might not have the best technology to search underwater and had accepted offers of help from the United States, Britain and France. In 2007, it took Indonesia months to recover flight data recorders from a Boeing 737-400 operated by Indonesia's Adam Air which crashed off Sulawesi Island, killing all 102 people on board.

According to Indonesian navy Flight Commander Laksamana Pertama Sigit Setiyanta, the sea depths in the area is only 25 to 50 meters (75-150 feet). Flight QZ8501 was travelling at 32,000 feet (9,753 meters) and had asked to fly at 38,000 feet to avoid clouds, said Joko Muryo Atmodjo, air transportation director at Indonesia's Transport Ministry. Permission was not given at the time due to traffic in the area. Five minutes later, at 6.17 a.m. on Sunday (2317 GMT Saturday), the plane lost contact with air traffic control, Atmodjo said.

Data from Flightradar24.com, which tracks airline flights in real time, showed several nearby aircraft were at altitudes ranging from 34,000 to 36,000 feet at the time, levels that are not unusual for cruising aircraft. Pilots and aviation experts said thunderstorms, and requests to gain altitude to avoid them, were not unusual in that area. "The airplane's performance is directly related to the temperature outside and increasing altitude can lead to freezing of the static radar, giving pilots erroneous radar reading," said a Qantas Airways pilot with 25 years' experience flying in the region. The resulting danger is that pilots take incorrect action to control the aircraft, said the pilot, who requested anonymity. In such an emergency the pilots would likely have been wrestling to regain control of the aircraft and not had time to issue a distress signal, the Qantas pilot said.

Online discussions among pilots centered on unconfirmed secondary radar data from Malaysia that suggested the missing plane was climbing at a speed of 353 knots, about 100 knots too slow in such weather conditions. "At that altitude, that speed is exceedingly dangerous," Sydney-based aviation expert Geoff Thomas told Reuters.