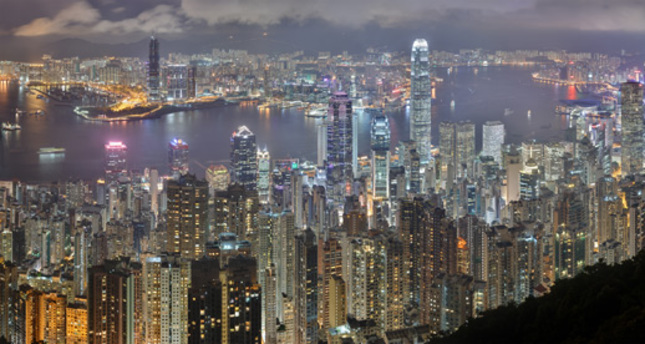 by Jan 01, 2015 12:00 am
When Xi Jinping wanted to deliver a political message to Hong Kong as protesters demanding free elections were threatening to take to the streets, he summoned the tycoons who dominate the city's economy. The words from the Chinese leader at the September 22 meeting in Beijing were uncompromising but not surprising. He would not entertain any demand for full universal suffrage in Hong Kong, according to two people who attended. Just six days later, pro-democracy activists made good on their threat, unleashing more than two months of street demonstrations. But while Xi's message that day in the Great Hall of the People failed to deter the protesters, in speaking directly to the city's business and professional elite he was showing where Beijing believes real power in Hong Kong resides. And it is here, in the city's business sector, that China is inexorably tightening its grip on the former British colony. Even as Beijing struggles to tame Hong Kong politically, Chinese companies are consuming ever bigger chunks of the city's key sectors including real estate, finance, power, construction and the stock market.

Many of these industries have for decades been dominated by the business titans who attended the meeting with Xi. Men like Li Ka-shing, Asia's richest man, casino and hospitality billionaire Lui Che-woo and palm oil magnate Robert Kuok. Now they are witnessing a mainland business invasion of the city. One of the most telling signs of change is the space mainland Chinese companies' lease in Central district, the heart of Hong Kong's financial center. These firms now account for over 50 per cent of new leases signed for offices there, according to a September report from Hong Kong-based brokerage CLSA. That's up from 20 percent in 2012, the report said. The trend is the same in all major business districts. Mainland occupancy of 25 key Grade A office buildings, or prime office space, in the districts of Central, Admiralty, Sheung Wan and Wan Chai increased from 13 percent in 2008 to 21 percent earlier this year, according to commercial real estate services firm CBRE. "We do expect more mainland financial firms moving into Hong Kong," said Simon Smith, senior director of research and consultancy at real estate services provider Savills Plc in Hong Kong. "They like landmark properties, high-profile buildings. They often like naming rights if it's available."

The office directory at Hong Kong's 88-floor International Finance Centre has a growing number of mainland companies on the list. Among them is China Development Bank International Holdings Ltd, which held its opening ceremony in 2011 and serves as the offshore investment firm of China Development Bank, the country's biggest policy lender. "If you go to the International Finance Centre now and compare it to five years ago, it's very easy to see that there are many more Chinese enterprises represented," property analyst Nicole Wong, an author of the CLSA report, told Reuters.

In a market accustomed to stratospheric land prices, state-owned Chinese developers this year stunned long-established local property giants with winning bids exceeding auction forecasts by up to 20 per cent. Of the six available plots sold since the middle of last year in Kai Tak district, one of Hong Kong's largest developments of residential and commercial complexes, two went to China Overseas Land & Investment (COLI) and one to Poly Property Group. "Price is not an issue for them," said a former senior executive of a Hong Kong-listed developer who was responsible for bidding at land auctions before he left the company in June. "That's why they offered prices that surprised everyone." A spokesperson for Poly said the company had no comment. COLI did not respond to questions sent by email. While it was predictable business ties would expand after the 1997 handover, Beijing has made it clear that economic integration is central to reinforcing its sovereignty over Hong Kong, which is ruled under the one country, two systems model that affords the city's 7.2 million residents broad personal freedoms. Part of Beijing's vision is to draw Hong Kong into a Pearl River Delta mega-economy that would also include the giant southern Chinese cities of Shenzhen and Guangzhou just across the border.