N.Korea's Kim Jong Un says he is open to summit with South Korea 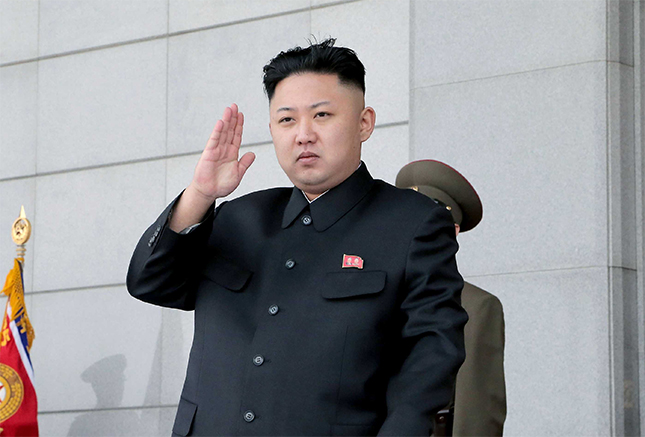 by Jan 01, 2015 12:00 am
North Korean leader Kim Jong Un said he was open to a high-level summit with neighbouring South Korea, days after a proposal from Seoul to resume dialogue.

"If South Korean authorities sincerely want to improve relations between North and South Korea through talks, we can resume stalled high-level meetings," Kim said in a New Year's address broadcast by state media on Thursday.

The address by Kim, who took power in the reclusive state after his father Kim Jong Il died in 2011, was his third televised New Year's speech as leader of the country.

"If the atmosphere and environment is there, there is no reason not to hold a high-level summit (with South Korea)," Kim said, speaking in what appeared to be a pre-recorded message.

South Korea proposed on Monday to resume stalled inter-Korean talks with North Korea in January to cover issues including reunions for families separated by the 1950-53 Korean War.

The two Koreas have remained technically at war as the Korean War ended in an armistice, not a peace treaty. Reunification of the Korean peninsula has been a stated priority for both governments.

A South Korean government statement later in the day said if North Korea was "sincere" about improved relations, it should accept Seoul's earlier proposal for dialogue "as soon as possible".

North Korea has in the past signalled intent to improve relations with the South, but subsequent provocations from the North or U.S.-South Korean military exercises have stalled progress.

"Annual large-scale (U.S.-South Korean) war exercises are a source of heightened tensions on the Korean peninsula and increase the threat of nuclear war," Kim said in the speech.

Standing in a wood-panelled room in front of a red flag bearing the crest of the ruling Workers' Party, Kim spoke for about 30 minutes to an off-camera audience, and appeared to be reading from a script.

He outlined the intentions of his government to further develop a series of special economic and tourism zones this year, including the Kumgang Mountain resort which was open until it closed after the shooting of a South Korean tourist in 2008.

North Korean policy-setting was previously only communicated in a New Year's editorial published annually in state newspapers. Kim Jong Un, however, has turned to using public speeches to deliver his message, in a different propaganda style from his father whose voice was only broadcast once on state television.