US imposes new sanctions on North Korea over Sony cyberattack 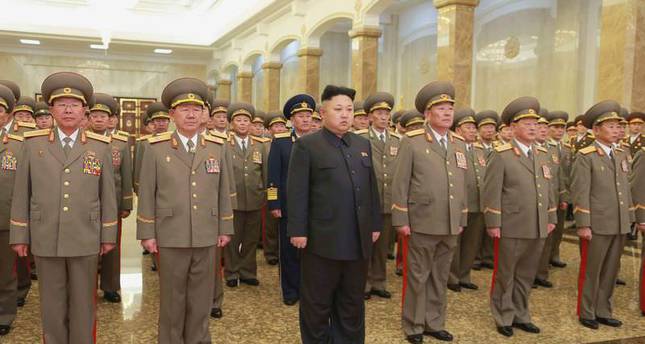 by Associated Press Jan 02, 2015 12:00 am
The United States imposed fresh sanctions on North Korea on Friday in its first public act of retribution for a crippling cyberattack against Sony.

The new sanctions, authorized by executive order from President Barack Obama, will affect three North Korean entities, including a government intelligence agency and a North Korean arms dealer. The U.S. is also sanctioning 10 individuals who work for those entities or the North Korean government, the Treasury Department said.

"The order is not targeted at the people of North Korea, but rather is aimed at the government of North Korea and its activities that threaten the United States and others," Obama wrote to a letter to House of Representatives and Senate leaders.

Although the U.S. already has tough sanctions in place against North Korea over its nuclear program, these are the first sanctions punishing Pyongyang for alleged cyberattacks.

The White House said this is just the first part of the U.S. response to the Sony incident.

The FBI has blamed North Korea for the recent cyberattack against Sony Pictures Entertainment. North Korea has denied involvement, but has expressed fury over a comedy film by Sony that mocked North Korea's leader. Sony Pictures initially called off release of the film, citing threats of terror attacks against U.S. movie theaters. Obama criticized Sony's decision, and the movie opened last month.

A nearly 10-hour shutdown of North Korean websites last week prompted widespread speculation that the U.S. had launched a counterattack in retribution, but the White House did not comment on whether the U.S. was responsible. The U.S. has vowed a proportional response to the Sony incident but has warned its response would "take place at a time and in a manner of our choosing."
Last Update: Jan 02, 2015 9:29 pm
RELATED TOPICS