An alarming new theory about what happened to MH370 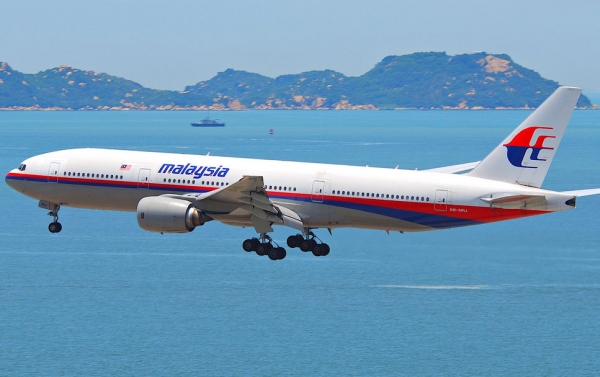 by Daily Sabah with Agencies Mar 04, 2015 12:00 am
The doomed MH370 Malaysia Airlines flight was taken on a flyby of the pilot's home island before crash landing, a pilot has claimed.

British captain Simon Hardy spent six months analysing flight data of the aircraft and says after take off the plane did a u-turn towards Penang - the home island of pilot Zaharie Ahmad Shah, the Metro reports.

Mr Hardy claims the missing jet was deliberately landed on the water before sinking intact.

The intensive underwater hunt for missing plane MH370 has so far turned up just a few shipping containers -- and no sign of the jet, the head of the Australian agency leading the search said Tuesday.

The plane vanished a year ago Sunday carrying 239 people en route from Kuala Lumpur to Beijing and is believed to have gone down in one of the deepest and most remote areas of the ocean far off the Western Australia coast.

Chief commissioner of the Australian Transport Safety Bureau (ATSB) Martin Dolan said that while several manmade items -- mostly shipping containers -- have been detected during a sonar search, they had found nothing resembling debris from the Malaysia Airlines jet.

Australian and Malaysian authorities have narrowed the search area to a vast 60,000 square kilometre (23,000 square mile) zone -- and they have so far scoured around 40 percent of it, Dolan said.

The ATSB expects the priority area search to be completed in May, but Dolan said it was too soon to say if the hunt could extend beyond then when weather conditions in the remote region worsen.

"The decision about what's next, which is hypothetical at this stage, is one for governments," Dolan told AFP.

"From our point of view... we've only searched 40 percent of it, and our focus is on searching the rest of that area and we expect to find the aircraft there. We just can't guarantee it will happen."

The commissioner said search officials have categorised objects they found into three levels -- with level one classed as items that have "at least some characteristics of an aircraft debris field".

So far the search has turned up eight "level twos" and more that 100 "level threes", he said.

"The sorts of things we're tending to pick up are shipping containers," Dolan said, which are defined as level twos, while level threes are usually geological features.

Three of the four search vessels -- Fugro Equator, Fugro Discovery and GO Phoenix -- are using sophisticated sonar systems to scan the complex terrain that plunges to depths of 4,000 metres (13,123 feet).

The Fugro Supporter, which joined the search earlier this year, has an autonomous underwater vehicle that moves over the ocean floor more slowly.

The search is jointly funded by Australia and Malaysia, with some Aus$120 million (US$93 million) pledged so far.