Once a child fleeing war, now up for global teaching prize 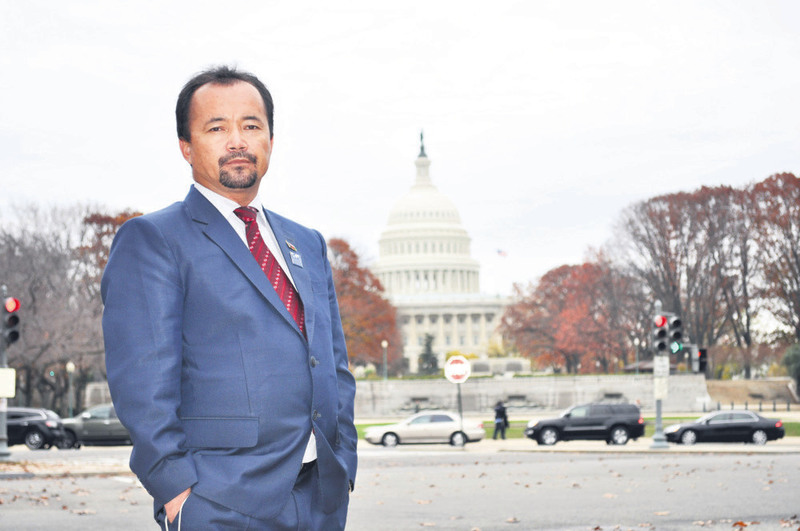 by Anadolu Agency Mar 15, 2015 12:00 am
Afghan teacher Azizullah Royesh's journey to being nominated for the Global Teacher Prize followed an unusual route. He was never able to finish school himself but the founder of Kabul's prestigious Marefat high school, already listed among the 10 best teachers in the world, will discover if he has won the prize at a ceremony in Dubai on Sunday.

Royesh, born in 1969, was only 12 when the Soviet Union's occupation of Afghanistan forced him to cut short his education and flee to neighboring Pakistan. "My family didn't escort me to Pakistan, I had no choice but to leave the country," says Royesh. There, he lived a life consumed by onerous work in bakeries, pastry shops and as a waiter, stopping him from returning to formal studies. Sometimes Royesh would spend whole days roving through the refugee camps of Quetta and Peshawar, near the Afghan-Pakistan border. He did however manage to set aside money to buy books and study himself during the little spare time he had. "I preferred to purchase books, whenever I could make a little money," says Royesh. "I returned home, when I was 16, and started a literacy center, which was more like a classroom than a school, to teach boys my age, starting with the alphabet, in my native city of Ghazni," he says, adding that the nine boys he taught were his first success as a teacher.

Royesh says it was in 1987 that, encouraged by locals, he began running his first school, which had only a limited intake and used teaching materials brought into Afghanistan by Pakistan-based aid agencies. The project, which rapidly developed over five years, was abruptly halted when in 1996 the Taliban began seizing control of Afghanistan's cities. "I once again fled to Pakistan, where I established Marefat School for Afghan refugees in the neighboring Pakistan," he says. Within a few years he had thousands of students, mostly from among the children of carpet-weavers and other Afghan workers. He was able to continue building his school in Kabul after the Taliban were ousted in 2001 and now has more than 3,500 students; almost half of them are girls, who were denied education under the Taliban regime. Once an unprofitable endeavor that had no government support, Royesh's school has become one of the country's most successful and sustains itself financially. "I am hopeful for my future," the headmaster says. He notes the difficulty he faced, including being attacked by a mob after a protest by some of his students against a law that restricted women's rights. "Hundreds of people loyal to jihadi leaders stormed the school building, accusing me of infidelity and threatening me with death," he says. The threats only stopped when the Ministry of Interior sent a special unit to control the situation. Despite the controversy, after a three day closure, the vast majority of students immediately re-joined the school. "Mr. Royesh has given me personality since I enrolled with the school. The presence of the teacher, Aziz Royesh, and the positive results of the school are the reasons why I was confident in coming to the school," says one Royesh's students, Atiqa Afzali. "Mr. Aziz can be a high example in our lives."

Winning the Global Teacher Prize would mean a $1 million award for Royesh to spend on expanding and developing the school. His school offers classes in music, radio and calligraphy and he points out that these types of subjects can give the education system a modern outlook after being setback by both the Taliban and Communist regimes attempts to impose their own dogmas on the education system. The education system is growing in strength, with now more than 7 million students, many of whom are girls, but still faces challenges, he says. "The education quality is low and the teachers are also mostly graduates of teacher training institutes. Schools in provinces and remote parts of the country lack professional teachers," says Royesh, adding that the other main challenges are security, access to textbooks, and the outdated mindset of the authorities. But, says Royesh: "There are good reasons for hope and optimism. Every year, considerable changes are seen in education."
Last Update: Mar 15, 2015 9:55 pm
RELATED TOPICS