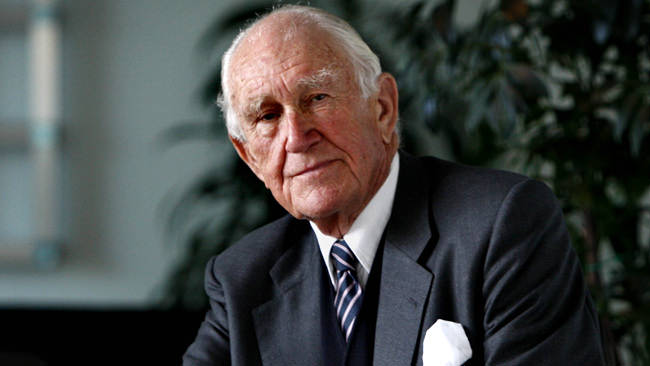 "It is with deep sadness that we inform you that after a brief illness John Malcolm Fraser died peacefully in the early hours of the morning of 20 March 2015," a statement said.

"We appreciate that this will be a shock to all who knew and loved him, but ask that the family be left in peace at this difficult time."

Fraser, a Liberal, began his term as the country's 22nd leader after the representative of Britain's Queen Elizabeth II, Sir John Kerr, dismissed Gough Whitlam in November 1975 in a constitutional crisis.

During his tenure, Fraser pursued goals of reducing spending and responsible fiscal management, and was a strong supporter of human rights. He was succeeded by Labor's Bob Hawke in 1983.

In recent years, he had become an outspoken critic of the Liberal Party, while being a prolific user of Twitter to share his opinions.

Before becoming prime minister, he spent 10 years as a backbencher in the government of Robert Menzies.

He became Minister for the Army in 1966 under Harold Holt, and was also a minister in the governments of John Gorton and William McMahon.
Last Update: Mar 20, 2015 9:53 am
RELATED TOPICS