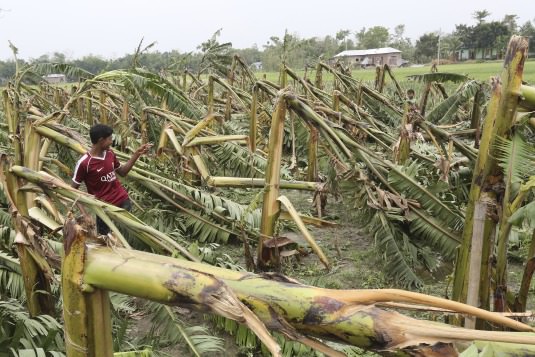 Most of the deaths were in the north, 19 of them in the Bogra district, 230 km (145 miles) from Dhaka, said Shafiqur Reza Biswas, Bogra's chief district administrator.

The main causes of death were collapsing walls, falling trees, boats capsizing, lightning and electrocution, officials said. More than 200 people were injured while thousands of mud houses were damaged.