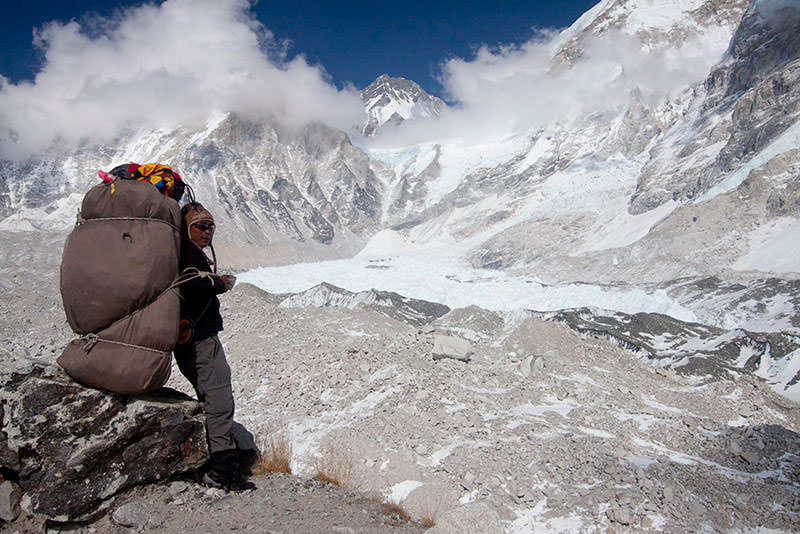 A porter near the Everest Base camp, Nepal | AP Photo
by Özge Bulur Apr 10, 2015 12:00 am
An extension of a railway line, the Qinghai-Tibet Railway, which would link China with Nepal by excavating a tunnel under Mount Everest, is under consideration. The tunnel would be completed by 2020 so that tourism and trade between the two country could be advanced, stated Chinese state media the China Daily on Thursday.

Calling Mount Everest by its Tibetan name in official pinyin romanization form, a rail expert at the Chinese Academy of Engineering, Wang Mengshu, told the China Daily that "The line will probably have to go through Qomolangma so that workers may have to dig some very long tunnels."

Mengshu also stated that the railway extension project is being undertaken at Nepal's request and added "If the proposal becomes a reality, bilateral trade, especially in agricultural products, will get a strong boost, along with tourism and people-to people exchanges."

A high-speed train is planned which will stretch 540 kilometers long. Although the maximum speed of such a train could reach to 300 kilometres per hour, that train's maximum speed to the capital of the Nepal, Kathmandu, would probably be 120 kilometres per hour due to the challenging Himalayan terrain with its different elevations. On condition that such a long-running project is completed, bilateral touristic, economic and political relations between China and Nepal are estimated to gain more speed. 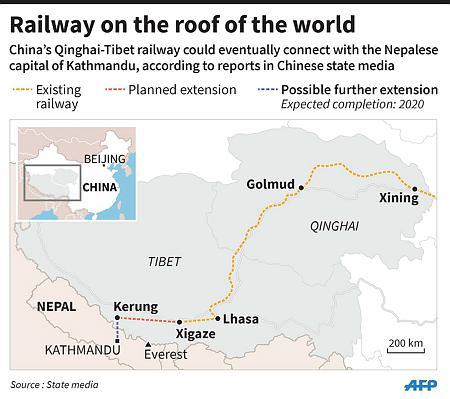