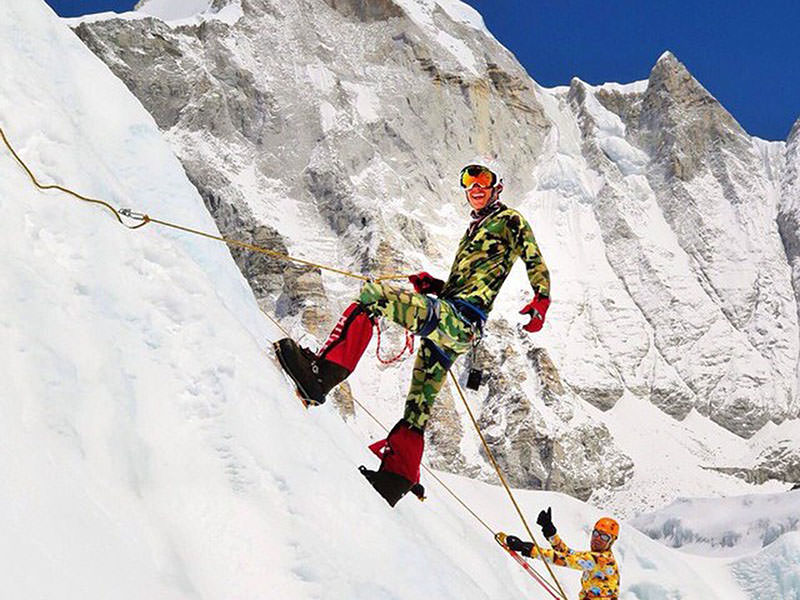 | Photo on Instagram
by Compiled from Wire Services Apr 26, 2015 12:00 am
Dan Freidenburg, a Google executive, was among more than 2,000 people killed on Saturday in Nepal after a 7.8-magnitude earthquake hit the Himalayan nation, his family and a mountaineering company confirmed.

Fredinburg was climbing Mountain Everest when an avalanche was triggered by the devastating quake. At least 17 others were killed and 61 were injured, said Nepalese officials.

Lawrence You, the company's director of privacy, posted online that Fredinburg was in Nepal with three other Google employees climbing Mount Everest. The other three, he added, are safe.

Fredinburg served as product manager and the head of privacy at Google X.

Fredinburg's sister Megan confirmed his death posting his picture online, alongside a statement.


This is Dans little sister Megan. I regret to inform all who loved him that during the avalanche on… https://t.co/TWFLksGSdf


"I regret to inform all who loved him that during the avalanche on Everest early this morning our Dan suffered from a major head injury and didn't make it," she wrote. "All our love and thanks to those who shared this life with our favorite hilarious strong willed man. He was and is everything to us," she said.

According to the technology blog Re/Code, Fredinburg was an experienced climber who co-founded, in his spare time, Google Adventure, a project similar to Google Street View, but allowed access to exotic locations like the summit of Mount Everest or the Great Barrier Reef off Australia.

The actress Sophia Bush, who has appeared in photos with Fredinburg posted by entertainment outlets called him "one-of-a-kind" in a post on Instagram, the Independent reported.

The magnitude-7.8 earthquake struck at around noon on Saturday about 80 kilometers (50 miles) northwest of Nepal's capital, Kathmandu, just over a year after the deadliest avalanche on record hit Everest, killing 16 Sherpa guides on April 18, 2014.
Last Update: Apr 26, 2015 5:15 pm
RELATED TOPICS