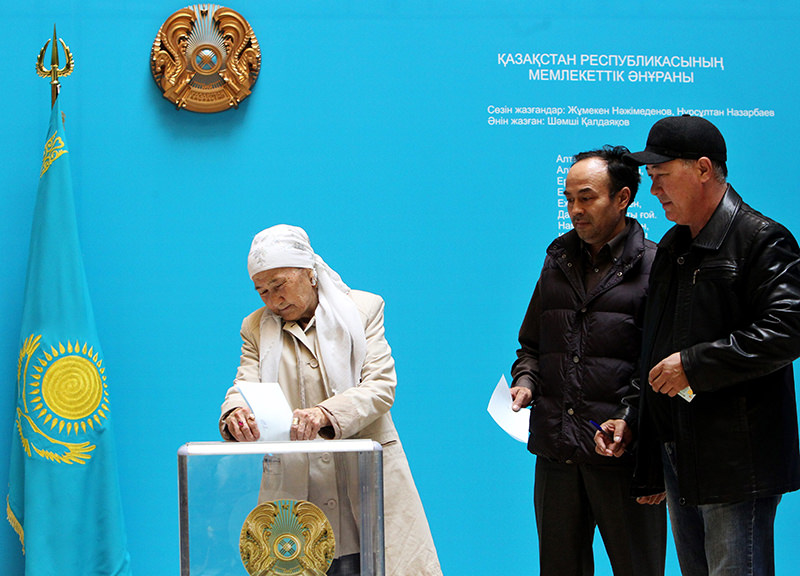 | EPA Photo
by Compiled from Wire Services Apr 27, 2015 12:00 am
Nursultan Nazarbayev has been re-elected as Kazakhstan's president after winning 97.7 percent of the vote according to early results, the country's Central Election Commission has said.

Kuandyk Turgankulov, CEC Chairman, announced at a press conference in the capital, Astana, on Monday that the 74-year-old, who has been ruling the country since 1989, had won another five-year term for the fifth time in the election conducted a day earlier.

The president has promised economic and social stability in the oil-rich Central Asian state.

The result showed the "unity of the Kazakh people" Nazarbayev said after the victory was announced. "Without such trust it would be difficult to tackle the tasks ahead of us," he said.

A total of 9.5 million people were registered to vote and turnout was 95.22 percent, Turgankulov said.

Turgankulov said official results would be announced on May 3 after votes from 14 polling districts were counted.

In 2007, constitutional amendments reduced the president's term of office from seven years to five.

President Nazarbayev will announce his victory at a press conference in the Akorda Presidential Palace later on Monday.