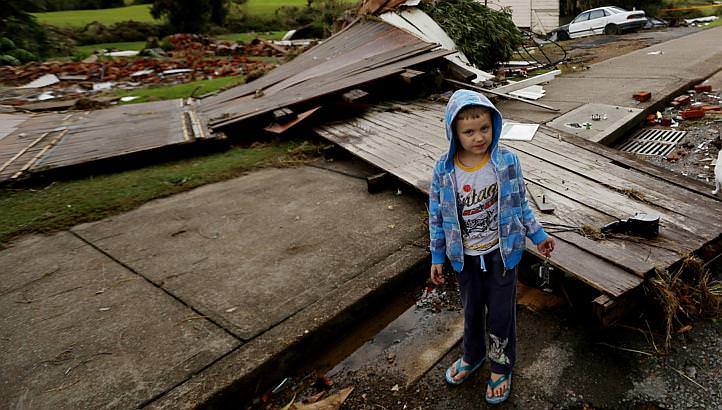 |EPA Photo
by Anadolu Agency May 02, 2015 12:00 am
The strong floods have killed five people and swept away cars during torrential rain on the east coast of Australia.

ABC news reported on Saturday that while 58 people were saved from the floods after severe and dangerous storms lashed the region, others were caught off-guard when they tried to cross a flooded bridge in their cars.

Three people - a 74-year-old man, a 39-year-old woman and the five-year-old - were killed in one vehicle, while a 49-year-old man died in the other.

The driver's two children - a 21-year-old woman and a 16-year-old boy - managed to escape.

In a separate incident, a 75-year-old man died after his car was swept off a bridge and submerged in a river. The man's wife managed to survive by clinging to a tree.

"Our thoughts and prayers are with the families of those who have suffered," he said, according to the ABC.

Bureau of Meteorology spokesman Jonty Hall said most areas in south-east Queensland had received more than 100 millimetres of rain, with 183mm falling in Brisbane - the highest rainfall in a day in May on record and the wettest day since April 1989.
Last Update: May 02, 2015 3:07 pm
RELATED TOPICS