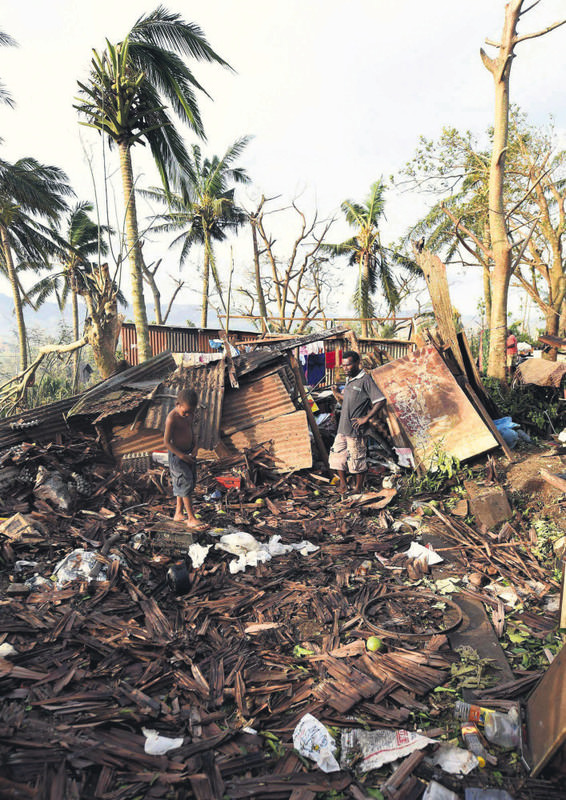 by Daily Sabah May 04, 2015 12:00 am
Turkey sent $150,000 to the Republic of Vanuatu, which is unknown by most residents of the country, to help them recover from the damage caused by Hurricane Pam. Turkish Foreign Minister Mevlüt Çavuşoğlu promised another $100,000 in aid would be sent. The aid, which was sent to an island country 15,300 kilometers away from Turkey, gained more meaning since the European Union promised to send $11,000 aid only.

Vanuatu, which surveys always name as one of the happiest country to live in, is located east of Australia and has great potential for tourism. However, the country was ruined after being hit by Hurricane Pam in March, according to some observers. Tens of thousands of people were left homeless, with many others dead.

Diplomatic relations between Ankara and the Republic of Vanuatu began when Turkey opened an honorary consulate two years ago. Honorary Consul of Vanuatu in Istanbul Mehmet Atar said he contacted Turkey's Foreign Ministry and the Turkish Cooperation and Coordination Agency (TİKA) following the disaster and noted that the Prime Ministry Disaster and Emergency Management (AFAD) provided financial aid worth $150,000. While Çavuşoğlu promised the country $100,000 of additional aid, Japan, which was harshly affected by earthquakes and hurricanes, sent $165,000, New Zealand, one of the closest countries to Vanuatu which has been affected by hurricanes on numerous occasions, sent $35,000 in aid.
Last Update: May 04, 2015 1:37 am
RELATED TOPICS