Another earthquake of magnitude 7.3 hits Nepal 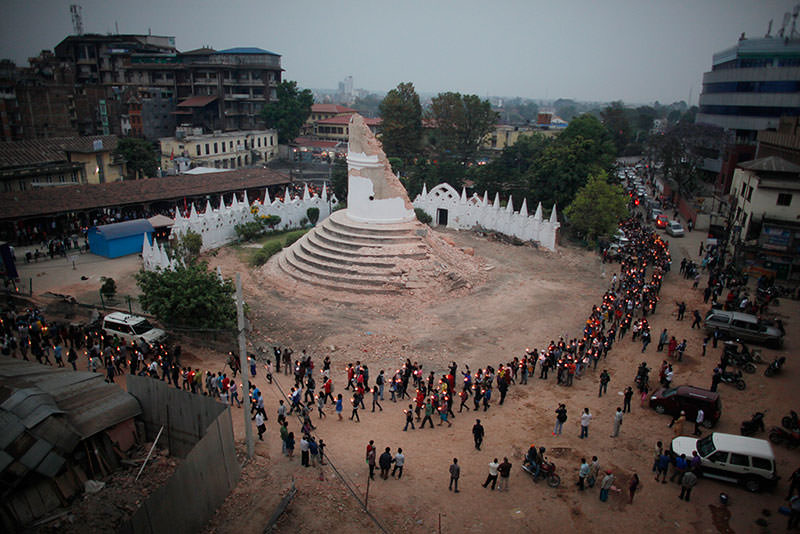 In this Thursday, May 7, 2015, file photo, Nepalese people pay tribute to the victims of the April 25 earthquake, as they walk with lighted candles past the destroyed Dharahara tower in Kathmandu, Nepal (AP Photo)
by May 12, 2015 12:00 am
A strong earthquake shook Nepal on Tuesday, sending people in the capital Kathmandu rushing out on to the streets just weeks after a devastating quake killed more than 8,000 people and destroyed hundreds of thousands of homes.

The U.S. Geological Survey said Tuesday's earthquake had a magnitude of 7.3 and struck 68 km (about 42 miles) west of the town of Namche Bazar, close to Mount Everest and the border with Tibet. It was felt as far apart as New Delhi and Dhaka, the capital of Bangladesh.

Parents could be seen clutching children tightly and hundreds of people were frantically trying to call relatives on their mobile phones. Shopkeepers closed their shops and the streets were jammed with people rushing to check on their families.

"I'm heading straight home," said Bishal Rai, a man in his 20s, who said he was trying to contact his family in the north of the capital.

Vyasji, the head of the disaster management department of Bihar state, who uses one name, said a man died when a house collapsed in Siwan district, about 250 kilometers (155 miles) from the state capital Patna.

Another death occurred in neighbouring Uttar Pradesh state while two people were injured, according to Debashish Panda, principal home secretary of the state.

The quake's epicentre was close to Everest Base Camp, which was evacuated after an avalanche triggered by last month's quake killed 18 climbers. Mountaineers seeking to scale the world's tallest peak have called off this year's Everest season.

Last month's quake killed at least 8,046 people and injured more than 17,800. It was recorded at 7.8 magnitude, almost four times stronger than Tuesday's quake.

But a 7.3 magnitude earthquake has the potential to cause significant damage and landslides. 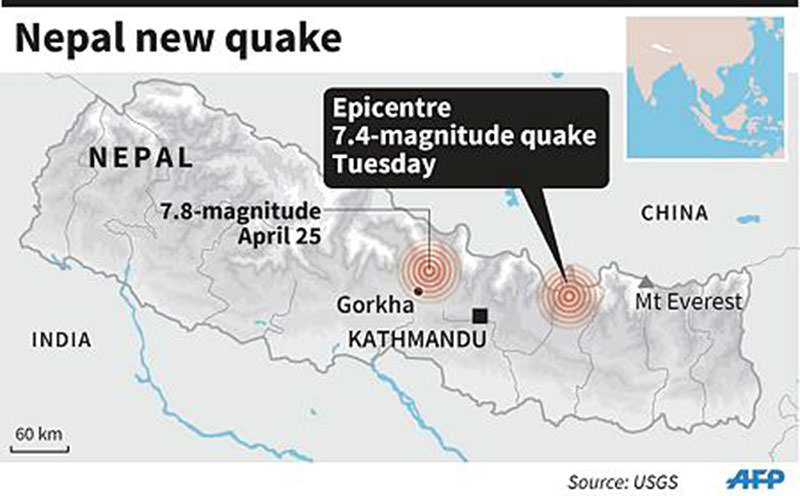