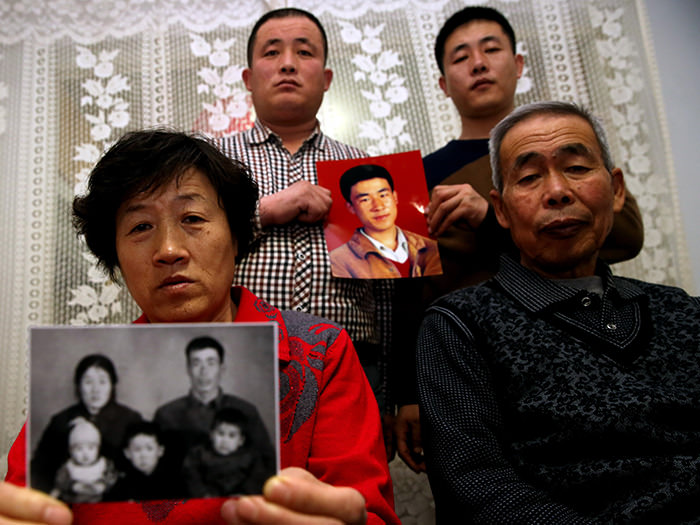 Human Rights Watch says that police abuse in order to extract confessions continues to be a serious problem despite measures to reform the legal system (AP Photo)
by May 13, 2015 12:00 am
Six years after China took steps to crack down on torture by police, detainees continue to be beaten, hanged by their wrists and shackled to iron chairs, New York-based Human Rights Watch said on Wednesday.

The report comes six months before China is due to face scrutiny by a U.N. panel against torture and following a pledge by President Xi Jinping to boost the rule of law.

The ruling Communist Party is looking to quell public discontent over several high-profile miscarriages of justice, with China's top court unveiling legal reforms in February to halt the use of torture to gain evidence.

"Police are torturing criminal suspects to get them to confess to crimes and courts are convicting people who confessed under torture," Human Rights Watch said in its report.

The rights group cited former detainees as saying they were physically and psychologically tortured during police interrogations, including being beaten with electric batons, sprayed with chilli oil and deprived of sleep.

The Ministry of Public Security, which runs the police force, did not respond to requests for comment.

Chinese Foreign Ministry spokeswoman Hua Chunying said that Chinese law clearly bans torture and forced confessions, and that those who employ it are punished.

The report was based on interviews last year with 48 recent detainees, members of their families, lawyers, former officials and an analysis of court verdicts in China.

"They handcuffed me and then hung the handcuffs on the windows," a former detainee based in the central province of Hunan told Human Rights Watch. "I was hung like a dog."

The report focused only on suspects of non-political crimes, such as robbery and organised crime, said Maya Wang, a China researcher for Human Rights Watch.

"We have to take into account that the torture of political criminal suspects is often worse and the report doesn't cover Tibet and Xinjiang," Wang told Reuters, referring to troubled western regions that China keeps on a tight rein.

Police have got round government measures introduced since 2009 to curb abuses by interrogating detainees outside official detention centres or adopting methods that leave no visible injuries, the group said.

Police may subject detainees to 37 days of interrogation incommunicado before prosecutors have to approve their arrests, it added. Lawyers are not allowed access during interrogations.