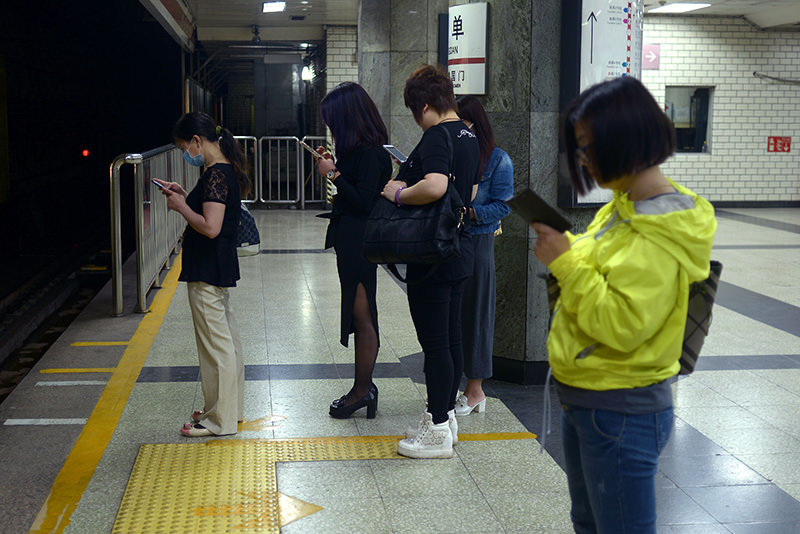 | AFP Photo
by Daily Sabah with Reuters May 14, 2015 12:00 am
The Chinese police in the capital Beijing have warned the residents that wearing face masks or strange costumes may jeopardise public safety by causing stampedes.

State news agency Xinhua said law enforcement teams, which started the patrols on 1 May, have already encountered 83 cases of "improper behaviour", including hawking, begging and the distribution of advertising flyers.

Costumes and masks are likely to attract the attention of other passengers, Xinhua quoted Mr Liang Jianwei, vice-head of the Beijing municipal traffic administration corps, as saying. "When a lot of people stop to watch, the risk of stampedes increases," Mr Liang said.

Passengers should avoid forming flash mobs, the article quoted Mr Liang as saying. "Although such behaviour is not banned by law, passengers should not be too willful," he said.

The police will warn against "problematic behaviour" when they come across it, Mr Liang added.
Last Update: May 14, 2015 3:05 pm
RELATED TOPICS